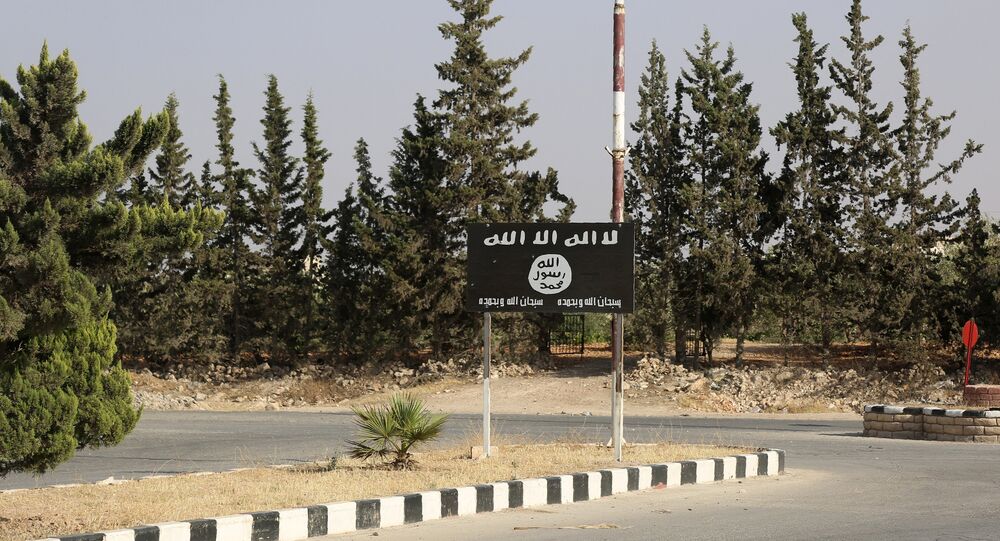 The US-led coalition did not facilitate the safe passage of hundreds of Daesh terrorists during the recapture of the Syrian town of Manbij by the US-backed Syrian Democratic Forces (SDF), co-chair of Syria's Kurdish Democratic Union Party (PYD) Saleh Muslim told Sputnik on Thursday.

© REUTERS / Rodi Said
'Letting Daesh Escape From Manbij' is Part of US Policy of Fueling Conflicts
MOSCOW (Sputnik) — On Tuesday, US Defense Department spokesman Col. Chris Garver confirmed that a Daesh convoy of several hundred fighters was allowed to flee the city of Manbij after Kurdish-led SDF recaptured the city.

"Daesh escaping from Menbij came as a result of mediation of some civilians from Manbij. Because it was the only way to rescue civilians from Daesh. The decision was by DSF only, the coalition [was] never involved. When Daesh fled they took about 5,000 civilians with them as human shield[s]," Muslim said.

According to the US Defense Department, the decision to give the disarmed Daesh convoy safe passage was made by the SDF because of the large number of civilians intermixed in the convoy. The convoy was reported to be heading further west into Islamic State-controlled territory.

The battle to retake Manbij, a crucial Daesh transportation and smuggling hub, began three months ago.

US, Allies Likely to See Return of Daesh Fighters Allowed to Flee Manbij