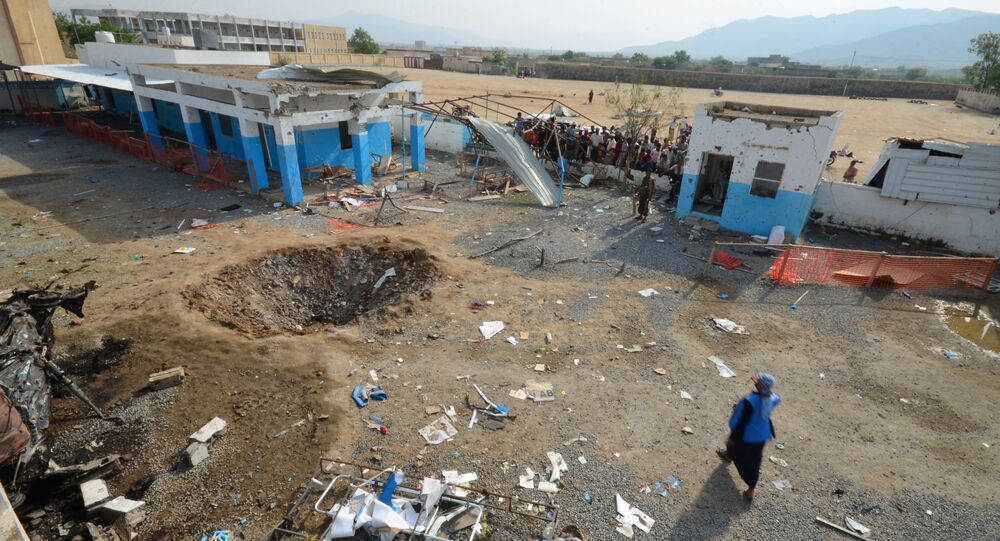 The recent airstrike carried out by the Saudi-led coalition that hit a hospital in Yemen underlines the risk taken by people working on the ground in the humanitarian field, a communications coordinator for the International Red Cross and Red Crescent Societies Federation (IFRC) told Sputnik on Tuesday.

"Although we do not know the cause of this incident, it underlines the risk taken by humanitarian workers on the ground," Stephen Ryan said.

© AFP 2021 / Ahmad Al-Basha
Saudi-Led Coalition Airstrike on Yemeni Hospital Amounts to War Crime - Rights Group
Yemen has been gripped in a conflict between the government and the Houthi rebel movement since 2014 with the Saudi-led coalition of mostly Persian Gulf countries carrying out airstrikes against the Houthis at the request of President Abd Rabbuh Mansour Hadi since March 2015.

Ryan also said that there were no reports of Red Cross or Red Crescent staff or volunteers being affected by the airstrike, adding that the work of humanitarian organizations in Yemen is complicated by the lack of protection for their staff.

The United Nations has recorded well over 3,200 civilian deaths in the conflict, 60 percent of which it has attributed to the Saudi-led coalition airstrikes.