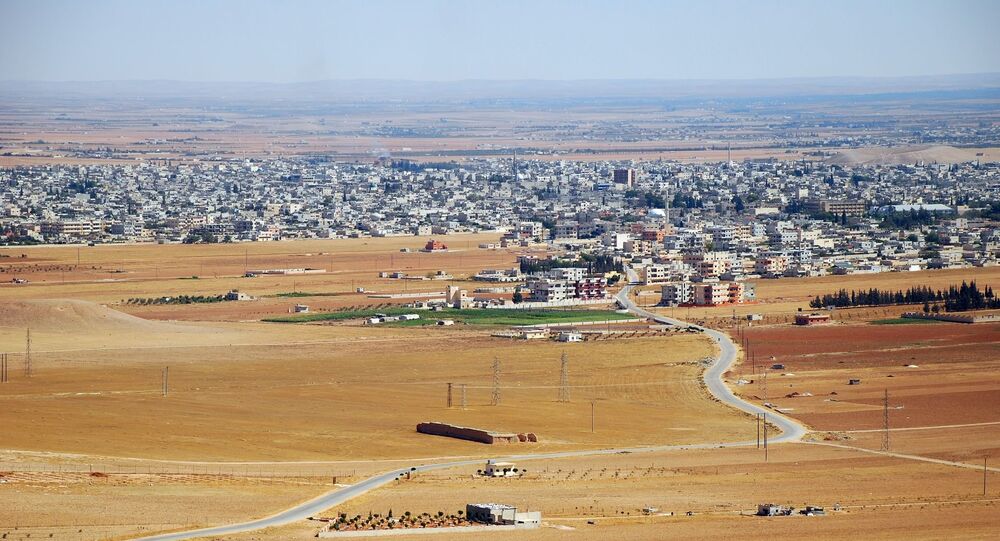 The Syrian Arab Army has expanded the geography of its fight against terrorism by opening a new front alongside the western perimeter of Salamiyah city in the Governorate of Hama in the west of Syria. Here is an exclusive video from the frontline where the army is attacking the settlements between Salamiyah and the village of Qubbat al-Kurdi.

The video obtained by Sputnik Arabic was shot from Qubbat al-Kurdi which is under the control of the Syrian Army.

With the support of the allied forces, the Syrian Arab Army is trying to encircle the militants of the Al-Nusra Front (which recently changed its name to Jabhat Fatah al-Sham) having reached the southern border of Hama Governorate through the city of Salamiyah.

According to reports on the ground, the militants are getting support from the cities of Al-Rastan and Talbiseh in the Homs Governorate, located to the south of Hama. The Syrian Army is trying to halt this logistical route by blocking in the terrorists in the center of Hama Governorate.

A source in the Syrian Army has commented to Sputnik Arabic on the situation on the frontline in the outskirts of Salamiyah.

“The Syrian Arab Army and its allies have opened a vast front near the settlements along the Orontes River, which runs to the west of Salamiyah,” he said.

© Sputnik / Michael Alaeddin
'Do You Believe We Are Driving to War?' One Night With Syrian Snipers in Aleppo
“Our goal is to take control the southern border of the Hama Governorate,” he added,

The decision to launch the operation from the west of Salamiyah was made after the terrorists repeatedly cut off water supplies for over half a million residents after taking control over the local water towers located in the west of the city, he explained.

This is how the militants blackmail local residents: in exchange for water supplies they demand logistical support, the source said.