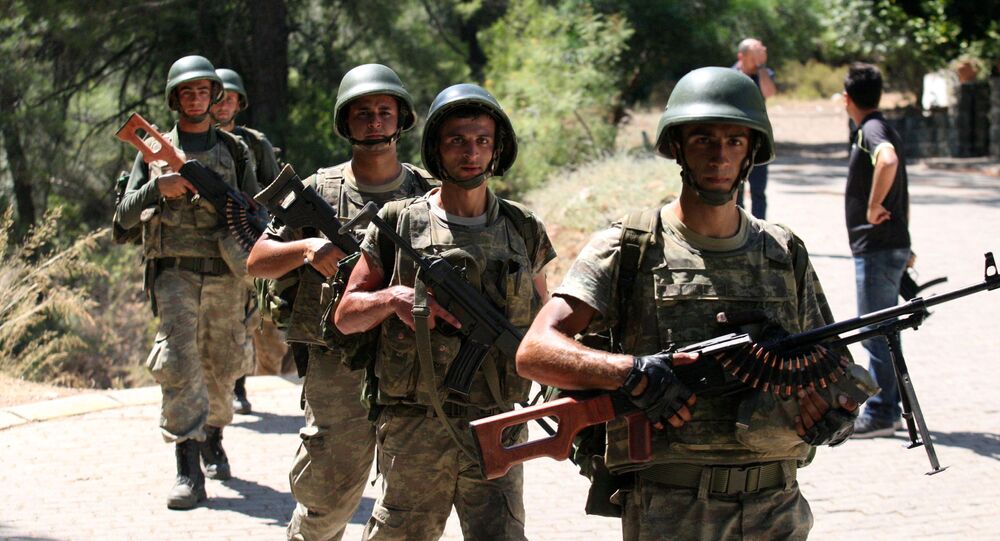 Turkish servicemen detained chief prosecutor in Erzurum province, who was put on the wanted list after the coup attempt in Turkey, on the border between Turkey and Syria, according to local media.

MOSCOW (Sputnik) — Turkish military detained Ekrem Beyaztas, chief prosecutor in Erzurum province, who was put on the wanted list after the thwarted July coup, as he tried to cross the Syrian-Turkish border in the province of Kilis, local media reported.

Turkish servicemen detained Beyaztas late on Sunday after he ignored warnings to stop at a border checkpoint, according to Turkey's Hurriyet newspaper.

On July 15, an attempted coup took place in Turkey that was suppressed the following day. According to the Turkish authorities, over 81,000 employees and officials were suspended from their duties or dismissed while there is an ongoing investigation into the coup attempt, with more than 13,000 people detained in connection to the plot.

Over 81,000 People Suspended, Dismissed After Attempted Coup in Turkey