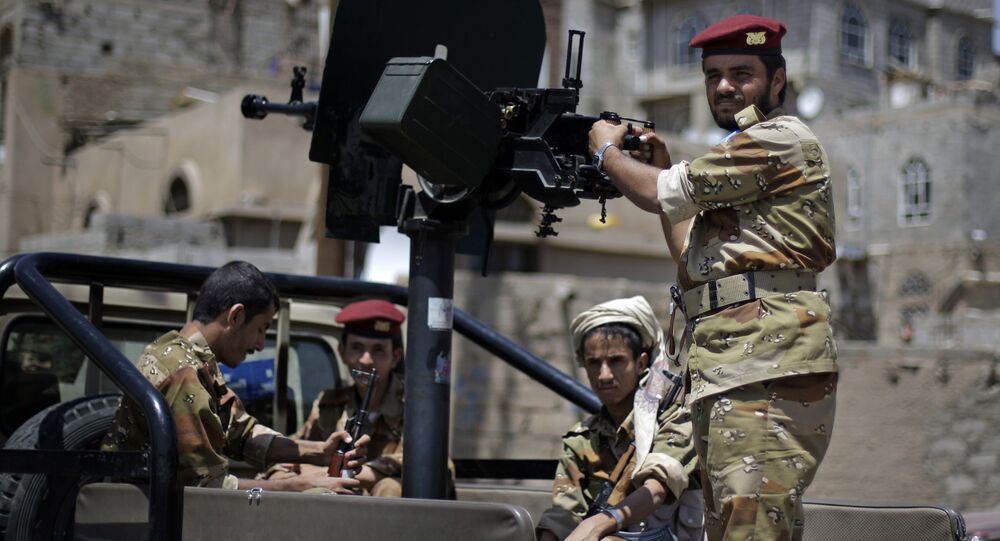 Yemeni government's forces carried out intensive fights against radicals from al-Qaeda group and liberated Zinjibar town, the capital of Abyan Southern Governorate, according to local media.

According to Sky News Arabia, government's forces carried out intensive fights against radicals from al-Qaeda group, outlawed in Russia and numerous countries, and prompted them to retreat. The operation was backed by Air Forces of the Arab coalition headed by Saudi Arabia.

© REUTERS / Anees Mahyoub
Saudi-Led Coalition's Airstrike Kills Ten Children in Yemen
Zinjibar was under al-Qaeda's control twice since the military conflict in Yemen began. In May 2016, the Yemeni forces managed to free the town from militants, but terrorists managed to regain control.

Since 2014, Yemen has been engulfed in a military conflict between the government forces and the Houthis, which is the country’s main opposition force. Since March 2015, the Saudi-led coalition of mostly Persian Gulf countries have been carrying out airstrikes against the Houthis.

Al-Qaeda in the Arabian Peninsula and Islamic State, banned in Russia, the United States and numerous other states, are currently operating in the country.