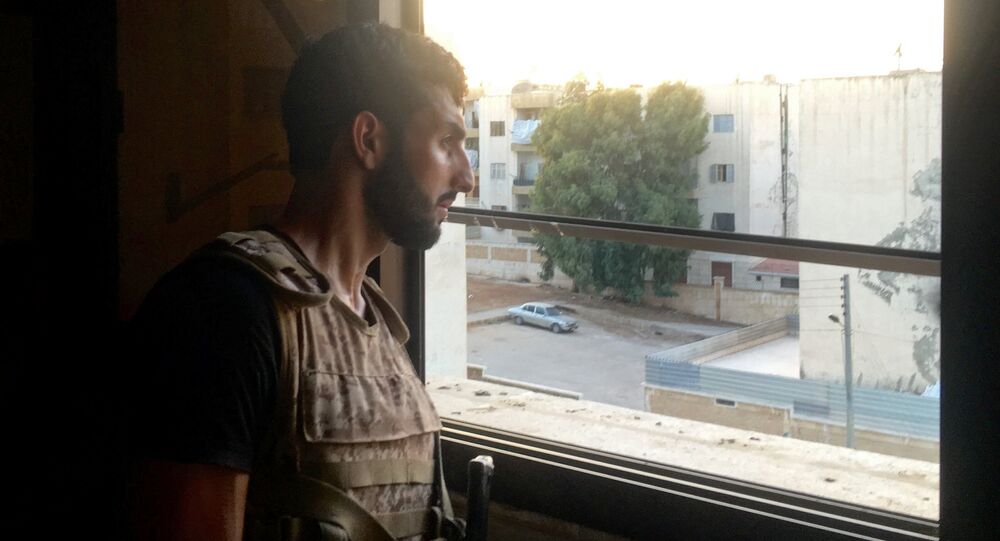 Aleppo: The Battle Which Seals the Fate and Fortunes of Syria

Ahead of the next round of Syrian peace talks in Geneva, the battle being fought for Aleppo by the Syrian government forces and its allies against the rebels is taking on a strategic dimension that will determine the military and political course of the country’s political crisis.

© REUTERS / Abdalrhman Ismail
Battle for Aleppo Turns Into a 'Race for Reinforcements'
The battle for this city is of extreme strategic importance, given its geographic and economic significance. The fighting there is not merely a side-show in the larger scheme of things in war-stricken Syria, says Russian online newspaper Lenta.ru in its analysis on the recent developments in Syria.

Syria's largest pre-war city has been divided into government and rebel areas of control for much of the conflict, and has been at the focus of the recently escalating stream of violence.

However, last week rebel forces conducted a successful counteroffensive: they reportedly pierced the blockade of the government forces by seizing the Ramousseh complex of military bases and surrounding areas in the city’s southwest.

And ahead of the fourth round of peace talks which are due to be held at the end of August in Geneva, the battle for the city becomes not merely a battle on the sidelines, but a strategic battle in every sense of the term due to the city’s location and its geographic and economic significance.

Meanwhile the jihadists constituting the US-backed “moderate rebels” complain that “the US and other Western supporters have failed to offer them enough support to turn the tide of the war,” according to Time magazine.

“The United States did nothing to help break that siege, at least nothing that anyone could point to,” it quotes Robert S. Ford, the former US ambassador to Syria and a senior fellow at the Middle East institute in Washington as lamenting.

Russian Defence Ministry
‘Russia Has Won the Proxy War in Syria’: Deal With US Fulfills Moscow’s Mission
On July 28, after a month of negotiations and immense pressure from Qatari and Turkish representatives, the notorious Al-Qaeda affiliate Al-Nusra Front announced a break with Al-Qaeda and its rebranding into Jabhat Fateh Ash Sham, or JFS.

Reports suggest that almost immediately, reinforcements for the re-named militant organization began to flow over the border between Turkey and Syria.

At least 100 new combatants arrived every day, together with numerous convoys carrying arms, ammunition and supplies.

According to the prognosis of Lenta.ru, the outcome of the battle for the strategic city depends not only on the military activities of both sides but on Syria’s neighbor Turkey and its ability to cut the supplies to terrorists through the Syrian-Turkish border.

The outlet therefore looks back on the recent talks between the Russian and Turkish presidents:

© AFP 2021 / Omar haj kadour
Left Dissatisfied, Disappointed by Washington, Syrian Rebels Turn to Russia
“The details of the talks between the presidents have not been disclosed to the media, however it is only too evident that the issue of the Syrian-Turkish border might have topped the agenda,” the outlet says.

It further predicts that it is highly unlikely that the US and NATO will happily accept the shutdown of the border and the halt of supplies to the “moderate rebels” they support.

Therefore, the “step up of the military activities” within Turkey itself in case of its attempts to block the border could soon be a reality, according to Lenta.ru.