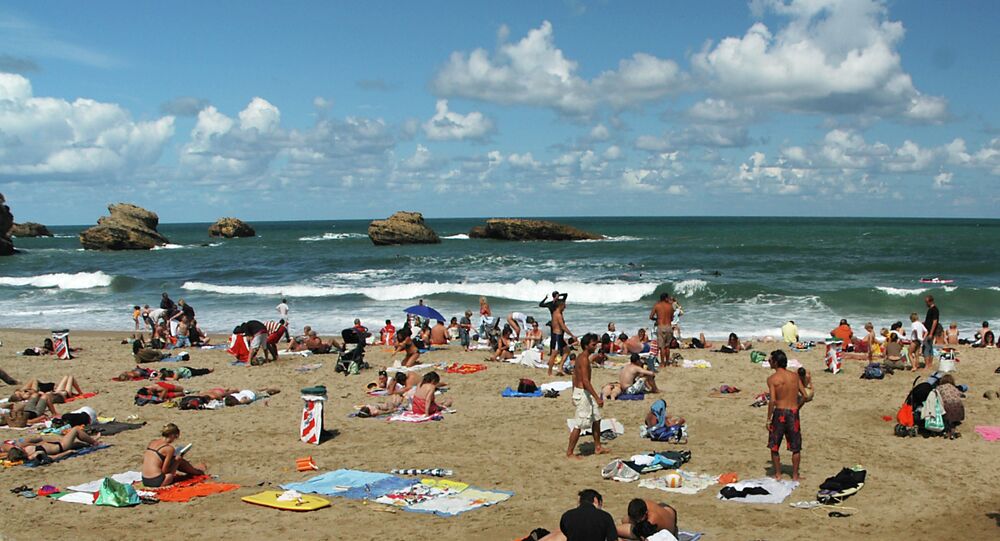 According to Umit Uysal, the mayor of the district of Muratpaşa, Antalya was heavily struck by the strained tensions, yet the city remains a safe place for tourists.

“Antalya’s two main sectors, tourism and agriculture, found themselves in a deep crisis and suffered significant losses during Russo-Turkish scandal. We have a loss of almost 90%. The recession continues and there are problems with production export,” Uysal told Sputnik. “Mostly we hope for the resumption of charter flights between Russia and Turkey.”

“If these measures are taken, the tourism industry might return to the pre-crisis level in a couple of years,” Ayik explained to Sputnik.

On August 9, President Vladimir Putin announced that Russia has decided to resume charter flights to Turkey.

“We have looked at the option of resuming our charter flights between Russia and Turkey, I think this is a matter of time,” the Russian president announced at the press conference.

© AP Photo / Alexander Zemlianichenko
Ankara-Moscow Ties Will Not Affect Turkey's Relations With NATO - Erdogan's Spokesman
In addition to this, tourism representatives wish for the abolition of the visa regime.

“First of all, the tourist sphere will benefit from it,” exclaimed Ayik.

As Ayik commented, after the Turkish president sent an apology letter to Mr. Putin, the beginning of normalized relations between the countries had begun.

“As a result of negotiations, it was decided to lift all restrictions. In this regard, we hope for a speedy recovery of the tourist flow,” said Ali Kizildag, Head of Professional Hoteliers Association of Turkey.

Last year, relations between Moscow and Ankara fell apart after Turkey hit the Russian Su-24 warplane. On August 9, Vladimir Putin met with Recep Tayyip Erdogan to restore economic ties between Russia and Turkey as it will benefit both countries’ prosperity.