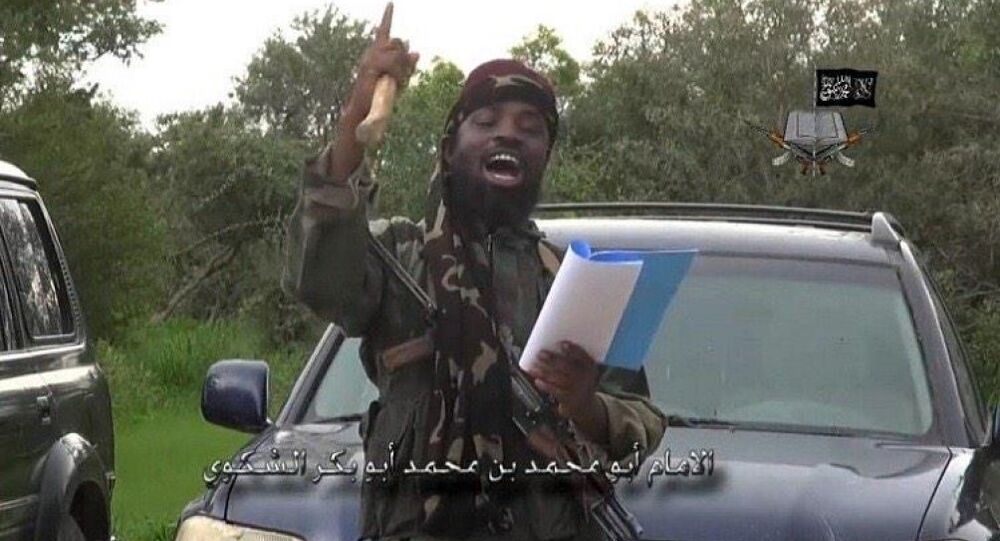 Following the emergence of Daesh, also known as ISIL, over the years, Emir Abu Bakr al-Baghdadi once called for jihadist groups around the world to pledge their allegiance. Dozens of militant sub-factions have done just that. But what does it mean, if anything more than symbolic gestures motivated by ever-changing dynamics on the ground?

© AP Photo / File
Casualties of War: Global Jihadism Linked to More Than Half of War Deaths
It was no major revelation when recently Daesh reportedly announced the new leader for its West Africa branch, which is closely associated with the Nigerian extremist group Boko Haram. Rather than insinuating that groups such as these are as structured and organised as they may wish for all to believe.

Abu Musab al-Barnawi, who previously featured in a Boko Haram video in January 2015 as a spokesman for the militants, is featured in the latest edition of a purported Daesh news outlet called Al-Naba.

The interview designates Al-Barnawi as the group's new leader but does not mention the fate of Abubakar Shekau, who has previously led Boko Haram in recent years, as per media investigations.

​The Federal Government immediately dismissed the latest announcement as any new revelation, saying it is mere propaganda by the presently "defeated terrorist organisation".

Sputnik spoke to Dr Julian Richards who is an expert on Security and Intelligence Studies at Buckingham University:

"We have to be really sceptical of these announcements that are regularly reported as very often they have little significance on the ground."

© AFP 2021 / STEPHANE YAS
A picture taken on February 13, 2015 shows the village Nougboua after it was attacked by Nigeria's Boko Haram rebels

"Getting accurate information is not always easy, but ISIL have proven that they are very adept and savvy with their social media and content output which is a key part of their recruitment strategy. Groups affiliated with ISIL or the likes of Taliban in Afghanistan or Pakistan are often factional and so it is common for wider sub-groups to have power struggles and then be replaced by others. Announcements such as that of Boko Haram's new leadership is more about dynamics between these groups, and just perpetuates the impact of fear for everyone," Dr Julian Richards told Sputnik.

Boko Haram launched an armed insurgency against the Nigerian government in 2009 and has killed tens of thousands of people since then, as well as displacing more than 2 million.

It has been based largely in northeast Nigeria, but also expanded attacks to neighboring Cameroon, Chad and Niger. It was founded by Nigerian cleric Mohammed Yusuf, with Shekau taking over the group's leadership after Yusuf's death in police custody in 2009.

But United States officials claim to have seen little evidence of operational links between Boko Haram and Daesh' main territorial base in Syria.

"It is clear that ISIL want to be the primary militant force of the world. We are seeing the beginnings of peace talk negotiations with the likes of the Taliban in Afghanistan but this is only possible with the less militant factions as opposed to those whose only intention is to spread more chaos and violence to achieve their agendas," ​Dr Richards said.

Taliban good or bad will never benefit either side Afg/Pak, peace in South Asia is far far away.

​"Peace talks are the first and primary aim for any country with any group, however there is a big difference when considering negotiations with more pragmatic groups rather than those who are more militant in their operations. Bringing the pragmatic groups on side is going to be key, but when this fails or is not an option at all then the only resolve can be perpetual military conflict, which as we are seeing, is delivering very little resolution."

Meanwhile, Dr Richards agreed with suggestions of Boko Haram's diminishing hold in Nigeria and he cites this as another key factor for them affiliating with Daesh' global message.

He also went on to explain a new aspect that is unfolding amongst some of the larger militant groups:

"There is much to be said on the fact that when any of these groups display more violence, there also seems to inevitably be a considerable loss in support even on the ground. So this is a reason why there are more displays of propaganda type material that show the other side of what life under their regime can or would look like."

But clearly, when looking at some of the recent editions of the Daesh propaganda magazine — 'Dabaq'; alongside the choice to display lighter visual content and articles, there is still much overt displays of barbaric atrocities as well as threats towards intended targets. And if as is reported, that Boko Haram feels a sense of diminishing power in their region surely this would be a cause for concern that they may act out of desperation in order to reassert their status.

"The sole aim for groups such as Boko Haram is to spread more panic and fear and so in addition to the immediate military response against them which is crucial, people must remain as calm as can be and not panic every time they release new statements," Dr Richards told Sputnik.

​Clearly Boko Haram's new leader Al-Barnawi is intent on using fear and violence as they have been doing and so negotiation is just not something that can even be considered. He has reported to have recently said that Christians in Nigeria will be the new target of the sect's attacks.

The government spokespersons in Nigeria have called on Nigerians to ignore what they describe as "cheap propaganda tactics" being used. Nigerian press reports conveyed the government statement saying:

"Don't believe the cheap propaganda by the global terrorist group ISIS, which has reportedly named the new leader for Boko Haram. Our gallant military has put Boko Haram on the run and nothing will bring back the terrorists, not even any wishful thinking by ISIS," the statement said.

It's all fine and well to issue a statement of calm to the public, but clearly more solutions need to be explored to remove the power-dynamic that militant groups keep trying to assert worldwide.