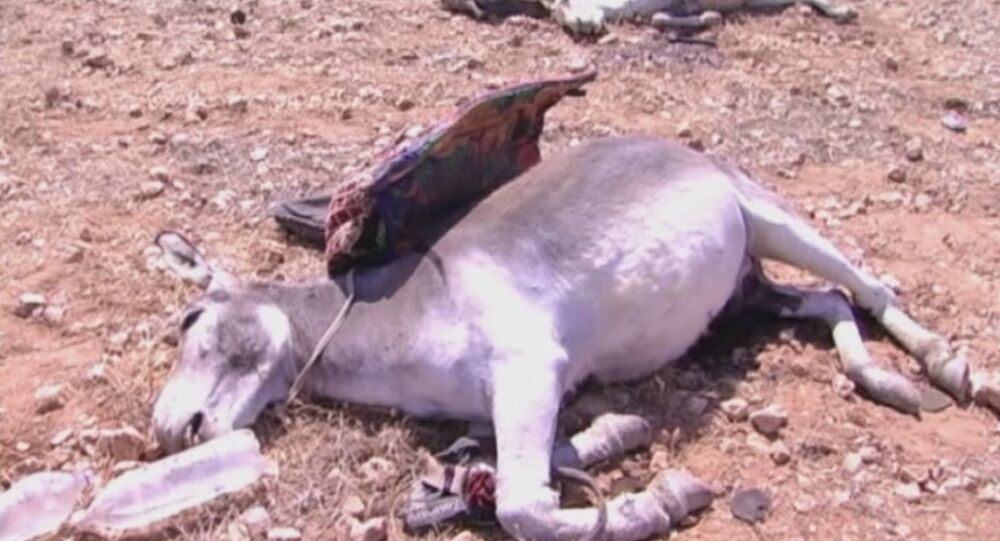 The Syrian Arab Army (SAA) and its allies destroyed dozens of trucks that Daesh used to transport weapons, supplies and petroleum to besieged rebel-held areas in eastern Hama. They also killed three donkeys loaded with weapons, a source in the SAA told Sputnik.

© Photo : Russian Defence Ministry
This is How Russia Plans to Improve and Expand Hmeymim Airbase in Syria
Damascus-led forces blocked northern and eastern roads to the village of Ithriyah located in the Syrian Desert as part of a larger anti-Daesh offensive in the Hama province. As a result, Daesh fighters have been unable to use the road between Ithriyah and the city of Salamiyah that is currently under the SAA control to transport weapons and supplies.

Last week, the Syrian Arab Army destroyed dozens of trucks, including oil tankers that were meant to deliver crude to the besieged villages of Uqayribat and Abu Hanaya, as well as four-wheel drive off-road vehicles loaded with weapons.

"Four trucks carrying petroleum were destroyed last week. Armed drivers and their guards were also eliminated. In addition, we intercepted and confiscated two vehicles with ammunition, mines and other weapons," the source detailed.

Sputnik released exclusive footage of donkeys loaded with ammunition that died in the fighting between Damascus-led forces and Daesh fighters.

The first part of the video shows dozens of mines, packages with explosives and other components needed to make weapons. The second shows donkeys that the SAA was forced to kill due to concerns that they were filled with explosives.

"Three donkeys were killed. All weapons were confiscated," the source said.