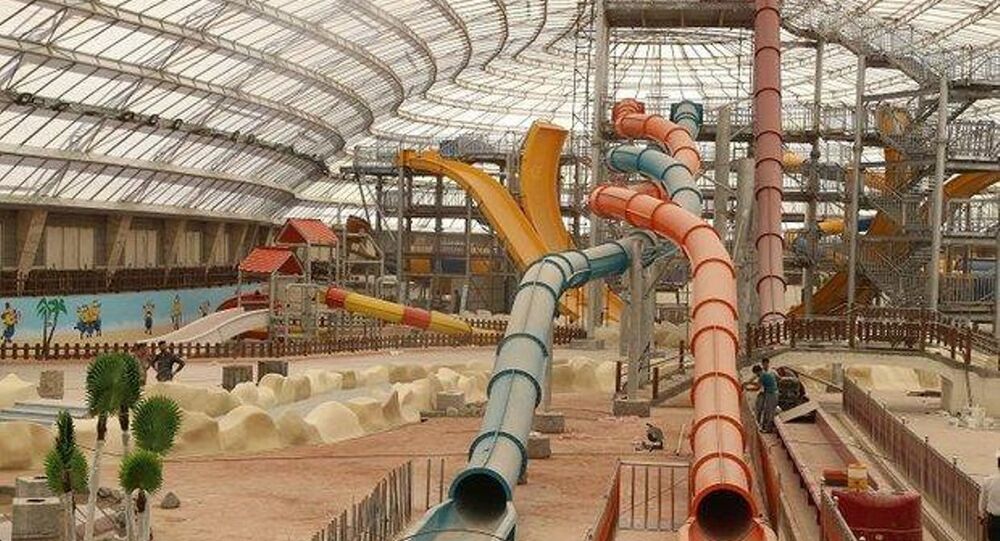 Iran's first waterpark, which has a mall, a park, a restaurant with 5 thousand square meters of infrastructure and 37 pavilions, opened in the city of Qom.

The opening ceremony was held with participation of the speaker of the Parliament of Iran Ali Larijani, the governor of the Qom Province Seyyed Mehdi Sadeghi, the mayor of the city, deputies of the local government and other officials of the province.

​"Despite the difficulties that we had to overcome, we managed to achieve our goal and now visitors can enjoy the results of our work," the investor of the project Alireza Rezagi said during his speech at the event.

"We wanted to please the youth, and the construction of this entertainment complex completes this task," he added.

© Flickr / Frans Persoon
Take It Off: Marseille's Mayor Hopes to Ban Islamic 'Burkini' Waterpark Party
According to the Iranian news agency Mehr, the project of the complex was launched in 2008 after signing an agreement with an investment center of the city administration and obtaining permits from the Iran's Cultural Heritage, Handcrafts and Tourism Organization. The construction was started in 2011.

The total area of the complex is ​​3 hectares. The waterpark can accommodate 2,000 people at a session. During the construction of the project 250 direct jobs were created.

​Alireza Rezagi noted that the latest equipment for water purification was purchased for the waterpark. Various types of slides, the tallest of which reaches 15 meters, were installed at the entertainment complex.