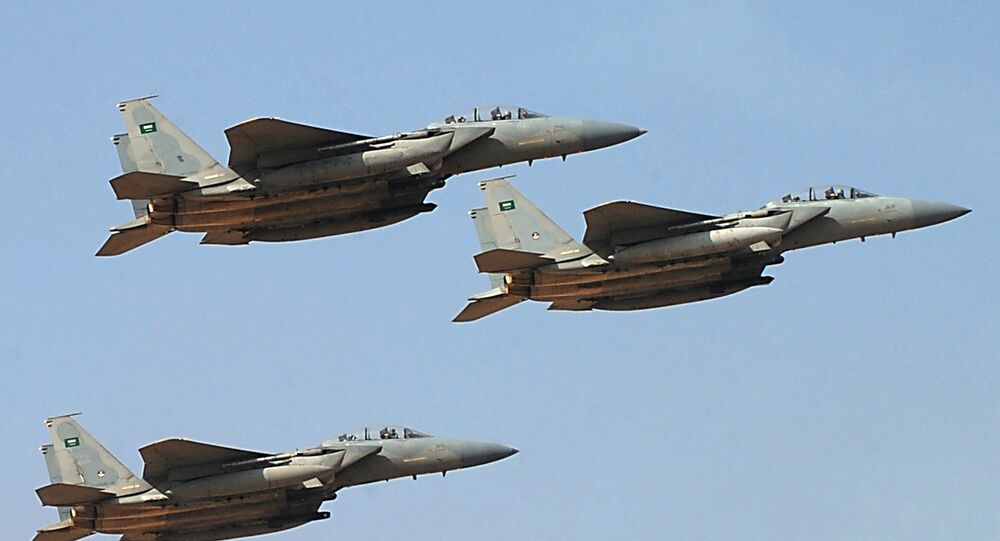 Riyadh has already spent $180 billion on waging war in Yemen, according to a clerics association.

"They [the Saudis] have already spent $180 billion on the war in Yemen. For decades they have hoarded weapons. If they have only spent $1 billion for peaceful purposes, this would have led to totally different outcomes," Shamsudin said during a press conference at the Rossiya Segodnya International Information Agency.

Since 2014, Yemen has been engulfed in a military conflict between the government headed by Abd Rabbuh Mansur Hadi and the Ansar Allah movement, also known as the Houthis, which is the country’s main opposition force. The Houthis are backed by army units loyal to former Yemeni President Saleh.

© REUTERS / Khaled Abdullah
Supplying Arms to Riyadh, London Squelches Its Own 'Value of Democracy'
Since March 2015, the Saudi-led coalition of mostly Persian Gulf countries have been carrying out airstrikes against the Houthis at Hadi's request despite a ceasefire being agreed in April. The coalition has been accused by the United Nations and humanitarian organizations of indiscriminately bombing civilian targets and killing hundreds of children.

In late February, Amnesty International urged the governments of states selling weapons to Saudi Arabia that could be used in the Yemeni conflict to suspend such sales, as it could led to war crimes committed during military operations in the country.

Seven Killed, Over 20 Injured in Clashes in Southern Yemen

Riyadh to Continue Military Campaign in Yemen Till End of Insurgency