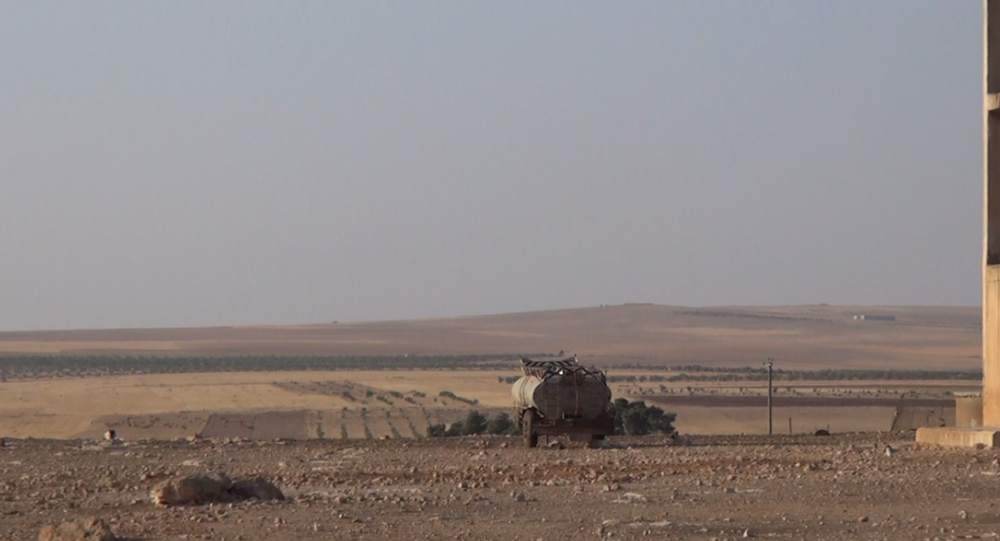 The Syrian Arab Army (SAA) and its allies shelled an area to the east of Salamiyah, a city in the province of Hama, destroying oil trucks and armored vehicles that Daesh used to protect smuggled crude, an unnamed military source told Sputnik.

This exclusive footage made minutes after the fighting was over shows a burning oil tanker. The source said that Damascus-led forces have been primarily tasked with recapturing strategically important areas in eastern Hama to put an end to Daesh's illegal oil business.

"We are advancing deeper into the Syrian Desert to take the lead in the fighting close to the villages of Al-Mufakar and Aqarib. These are the closest settlements to the pipeline," the source detailed.

The SAA has already secured tens of kilometers of an oil pipeline that Daesh had tried to seize.

The radical group that still controls large areas in Iraq and Syria has relied heavily on the income from selling illegal oil to buyers all over the Middle East. In December, the IHS Conflict Monitor reported that 43 percent of the group's $80 million monthly income came from oil revenues.

US Troops Abandoned Weapons After Coming Under Fire, Pentagon Says

'Terrifying' Friendship: Why Daesh-Taliban Alliance Would Be a 'Nightmare'