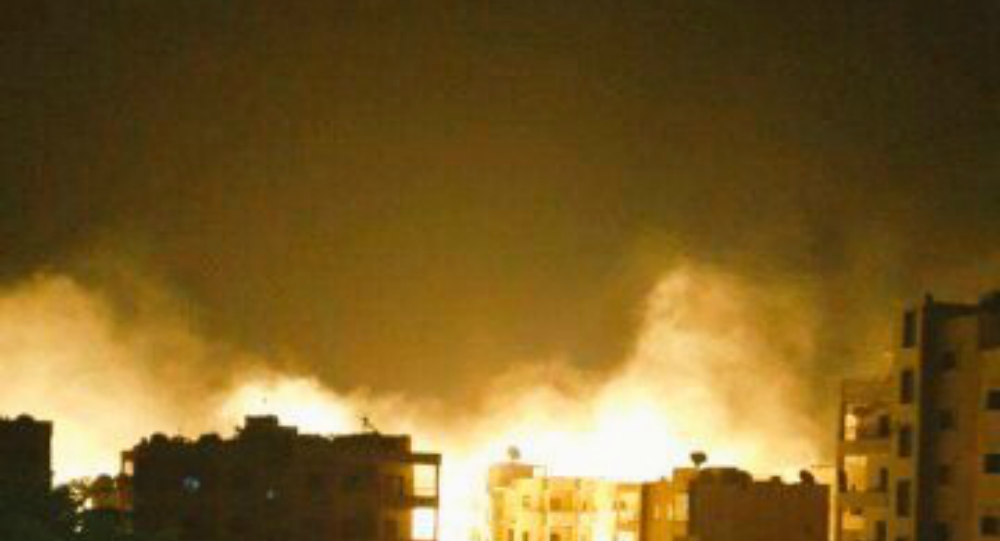 On Sunday, Russian and Syrian Army aircraft dropped a wave of heavy munitions over the city of Idlib, the base of operations for the terrorist organization al-Nusra Front (al-Qaeda affiliate) one day after rebels led by the Islamist extremist organization broke through the siege of Aleppo.

On Sunday, it was reported that Russian and Syrian forces undertook a heavy bombing campaign in the city of Idlib only miles away from the besieged city of Aleppo which has become a critical combat zone between pro-Assad forces and opposition rebels. The strike comes in the wake of the rebels breaking through a Syrian Army siege in Aleppo and successfully seizing several key strategic points including multiple military colleges and artillery bases.

The rebel forces victory appears to be short lived with Russia intensifying its bombing campaign in and around the city of Aleppo in order to root out the radical Islamic extremists with ties to a multitude of known terror organizations.

​The forces who broke through the siege were led by the Army of Conquest which is composed of a dozen different rebel groups spearheaded by a recently rebranded al-Nusra Front, who just this week disavowed their status as an affiliate to al-Qaeda in hopes of garnering more support from Washington against Syrian President Bashar al-Assad, and the violent Islamist group Ahrar al-Sham which has engaged in indiscriminate attacks against civilian populations.

Al-Nusra Front used the neighboring city of Idlib as a staging ground for the battle against Syrian government forces in Aleppo since a counteroffensive was begun last weekend. The city sits only 40 miles (64km) from Aleppo which is the closest city of importance.

The intensification of the bombing campaign in response to the fracture of the siege began on Sunday in Aleppo when the Russian airstrikes targeted the artillery college in the city that al-Nusra Front extremists had seized control of and were occupying.

Strikes in the city of Aleppo in the bid to degrade and destroy the al-Qaeda-linked terrorists, however, paled in comparison to Sunday night’s strikes in the city of Idlib that have produced shocking images of multiple burning buildings struck by what appear to be incendiary bombs in a bid to root out al-Nusra rebels and recapture the balance in the fight to stabilize Syria.