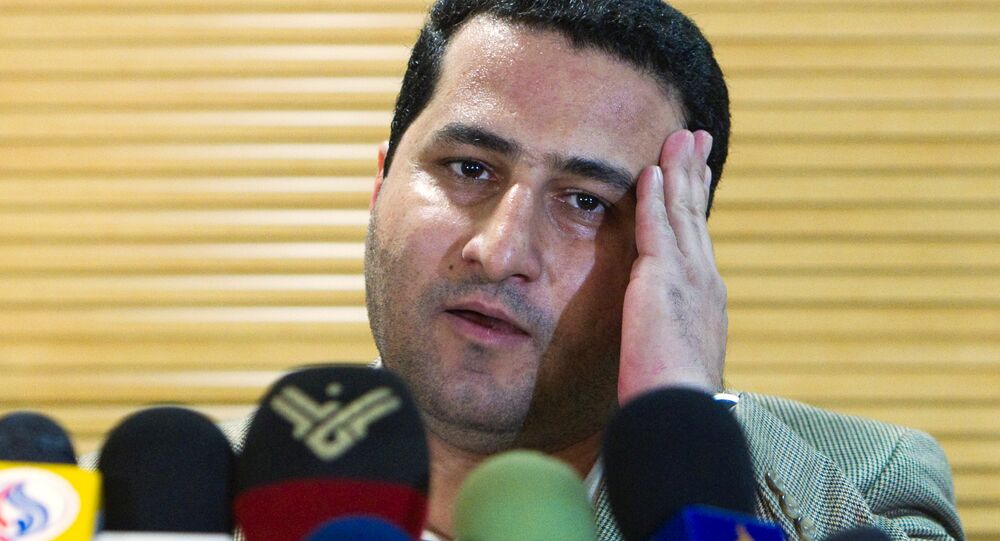 Earlier in the week, Amiri's mother said the relatives received his body and buried him in his hometown of Kermanshah.

"He was sentenced to death in primary court and the sentence was confirmed by Supreme Court," he said as quoted by ISNA news agency.

© AP Photo / Office of the Iranian Supreme Leader
Iran Imprisons Four Journalists on Propaganda and Espionage Charges
He added that Amiri was charged with espionage for "enemies" of Iran.

Amiri went missing at the beginning of 2009 in Saudi Arabia during his pilgrimage. According to Iran's authorities, the scientist was allegedly kidnapped by the Central Intelligence Agency (CIA). According to media, it was him who took a decision not to return to Iran and start cooperation with US intelligence agencies. In 2010, he returned to Iran.

Before his alleged kidnapping, the scientist worked for Malek Ashtar University of Technology in Tehran as an ordinary specialist. However, Tehran refutes claims that he was involved in the country's nuclear program.