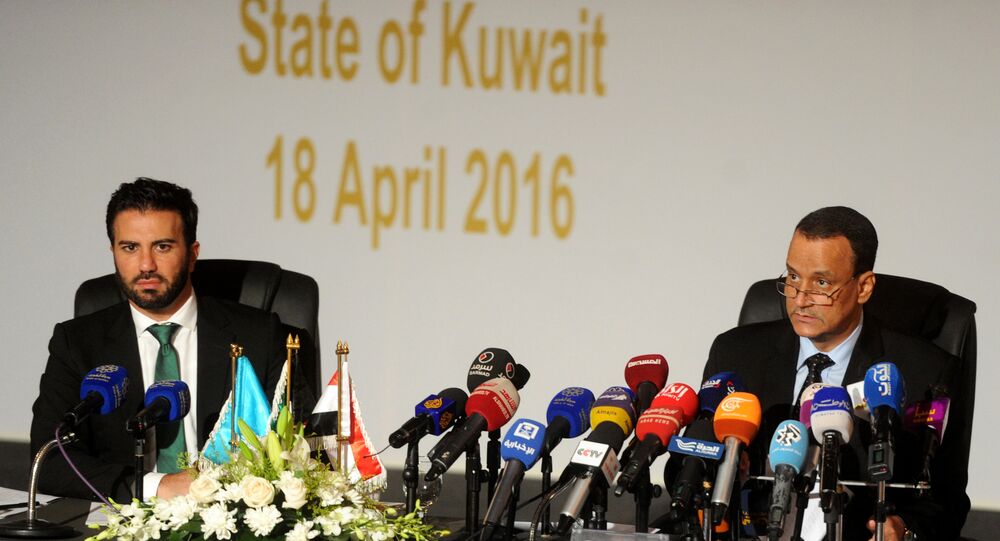 Talks on Yemeni Conflict Settlement to Continue in Month After Break

UN Special Envoy for Yemen Ismail Ould Cheikh Ahmed said that the United Nations had guarantees that parties to the Yemeni conflict would return to the negotiating table.

MOSCOW (Sputnik) — Participants of the intra-Yemeni peace talks are leaving the venue in Kuwait but the dialogue will continue, UN Special Envoy for Yemen Ismail Ould Cheikh Ahmed said Saturday.

The UN-mediated peace talks have been held in Kuwait since April 21.

"We are leaving Kuwait today but the talks continue," Ould Cheikh Ahmed told a press conference.

© AP Photo / Hani Mohammed
Yemeni Political Council Formed by Houthis, Saleh Supporters Holds First Session
The envoy stressed that the United Nations had guarantees that parties to the conflict would return to the negotiating table. He added that the participants had achieved bigger progress at the current talks than during the previous rounds.

According to the envoy, the talks will renew in a month.

Yemeni Peace Talks in Kuwait to Be Extended for Another Week