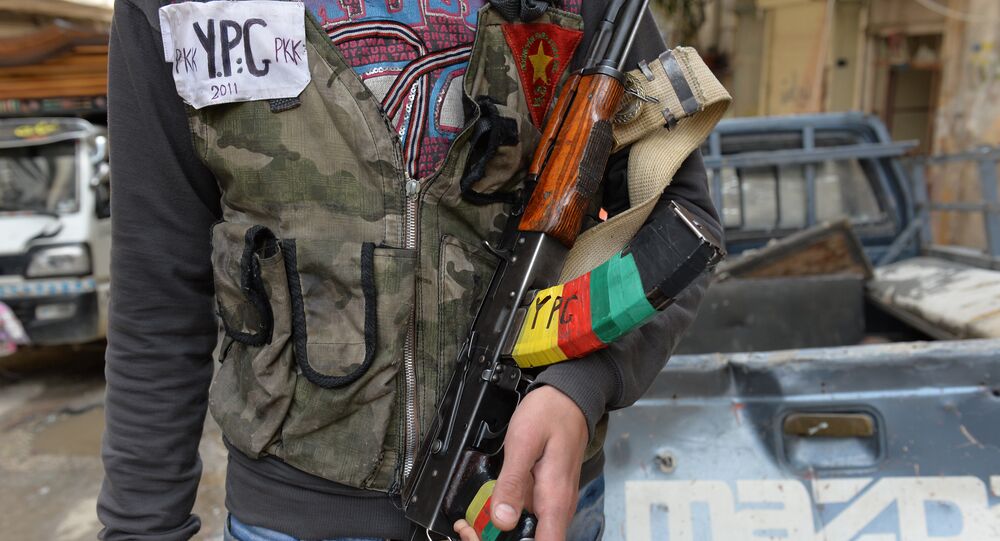 In an interview for Sputnik, Syrian Kurdish Democratic Union Party co-chair Salih Muslim expressed his concerns over the possibility of Ankara attempting to normalize relations with the Syrian government out of spite for the Kurds.

Speaking to Sputnik Turkey, Muslim explained that the PYD is concerned about the prospects of post-coup attempt Turkey strengthening ties with neighboring states to prevent Kurds from achieving their rights to autonomy. He suggested that he doubts that Turkey will be able to make peace with Assad, but added that even if that happens, it will not affect the Syrian Kurdish project for autonomy inside Syria.

© AFP 2020 / ADEM ALTAN
Paper Tiger: Why Turkish Army is Not as Strong as It Seems
Commenting on the July 16 coup attempt, Muslim said that it was entirely expected, and that the military had long been unhappy with the Justice and Development Party's course of Islamization. At the same time, he indicated that the coup attempt was clearly a direct result of Ankara's "misguided policies," including against the Kurds.

"The putschists were people who were largely engaged with the Kurdish problem," Muslim explained, referring to the military and other security forces involved in a brutal campaign against the Kurds in southern Turkey. "The AKP wanted to get rid of them. They were unable to solve the Kurdish problem."

Asked what he thought about the normalization of ties between Turkey and Russia, and the possibility that Turkey will soon change its policy on Syria as well, Muslim emphasized that "from the beginning, we have said that Erdogan and the leaders of the AKP are making concessions in order to prevent the Kurds from attaining their rights. This is the main thing for them, and it concerns Syria, Turkey and the other places where Kurds live. They made peace with Russia and Israel. Now it is Assad's turn."

At the same time, Muslim suggested that it is unlikely that Ankara and Damascus will be able to come to a rapprochement. "Turkey has already lost its political weight. They are making concessions to everyone, including Assad. But this will not lead anywhere, because nobody can trust Turkey."

"Even if Turkey reaches consensus with Assad, this will not affect the Kurds. I don't think it will throw us back. I doubt that Turkey will be able to come to terms with Assad. But even if they do, this will not affect us, because we do not depend on anyone's support. We stand on our own feet. We do not act against Turkey relying on the Syrian regime, nor act against the Syrian regime relying on Turkey. We rely on the strength of our people. We have a federalization project which is making progress every day."

© REUTERS / Kayhan Ozer
'Unresolved Kurdish Issue Remains Breeding Ground for a New Coup in Turkey'
Muslim also emphasized that Syrian Kurds are not Ankara's enemy. "We look at Turkey in strategic terms. We are neighbors. We need to be together; we need to be friends. But Turkey, because of their hostility to the Kurds, acts against us. This is not good, but we will continue to extend a hand of friendship to Turkey."

"The Kurdish problem has gone far beyond the scope of the Rojava and affects all Kurds," Muslim added, referring to the de facto autonomous region in northern Syria. "We would consider it very beneficial if Turkey came to an agreement with their own Kurds. But Turkey does not want to do so; they continue to terrorize us. But this will not work. Turkey is trying to fool everyone, but no one believes them."

Ultimately, Muslim emphasized that resolving the Syrian conflict will be impossible without Kurdish input, including at the Geneva peace talks. The politician suggested that Russia is "at the center of the decision of the Syrian issue," and that it has the tools at its disposal to help resolve the crisis. Muslim hinted that Russia can pressure its allies in Geneva to come to a peace settlement.

Turkey, Kurds Should Be United as Strategic Friends

Russia Should Support Kurds in Political Arena Amid Syrian Settlement