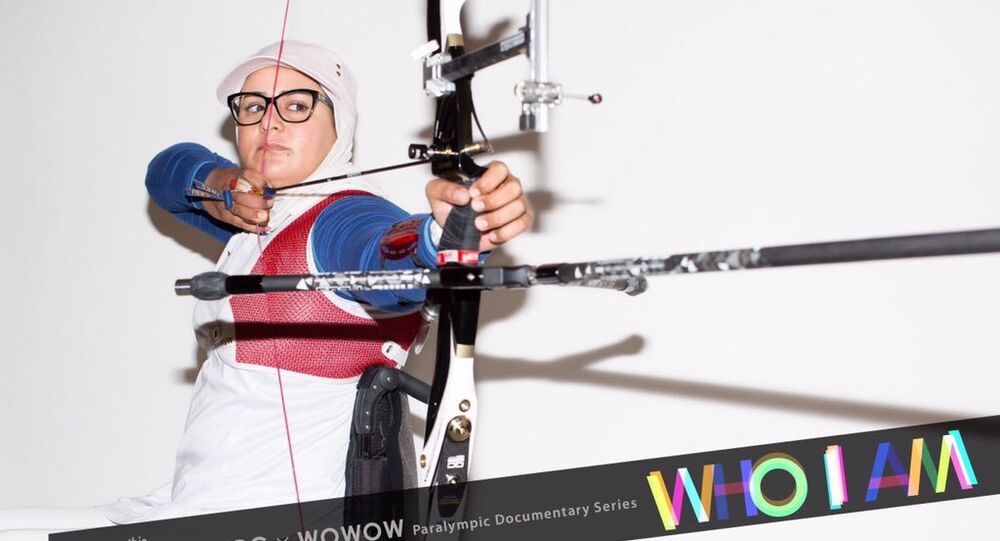 Zahra Nemati is a unique person in many ways. The first Iranian woman who won a gold medal at either the Olympic or Paralympic Games, she owns 5 gold, 4 silver and 7 bronze Paralympic medals. She set a number of records, including the best shooting accuracy at the Paralympic Games.

Now, she is to become the first flag bearer in the history for both the Olympic and Paralympic Iranian teams at the opening of Rio 2016.

In 2004, Zahra was injured in car accident, which left her with spinal injuries and paralysis of both legs.

"After that tragedy, I tried not to lose heart and continued to live for my family," she said. "Moreover, I did not leave sports. But it cost me a tremendous effort. My family was very worried about me, seeing how I suffered. It took two years to look for something that could put me on my feet. I've tried everything, but in the end, came to terms with my new conditions of life."

"After my friends' recommendation and family approval I decided to have a go at archery. It was a conscious and deliberate decision. After all, this is the rare case when a disabled person can compete on equal terms with a healthy one. It was a powerful incentive," Zahra continued. After four and a half years of hard training, she was able to enjoy the Paralympics gold medal on her chest.

© AFP 2020 / KIRILL KUDRYAVTSEV
You Get What You Pay for: Ukrainian-Made Olympic Decorations Behind Schedule
She overcame hundreds of barriers and limitations and proved that the goal may be achieved even when physically handicapped and wearing a headscarf, which some consider a limitation.

At the end of the London Paralympics, Zahra was nominated for an award by the international organization SportAccord for sporting merit and socially meaningful activities. She was named the world's top athlete of 2012.

"I think, I have shown that there is no place for despair in women's sports, and that the Iranian woman should never lose faith in herself, but rather double-down to achieve their goals," Zahra said.

Soon after the Paralympics in London, Zahra got married to Roham Shahabi, a parasportsman, also competing for Iran in the category of classic archery. They were engaged in the Olympic village circled by their fellow athletes.

Zahra met Roham at the association for individuals with spinal disabilities, where they both discovered archery and were working out side by side for six years. Before his disability, Roham was an electrician. In 2001, while at work, his was hit by a falling pole — as a result his spinal cord was badly damaged.

"For all the time that we've know each other, we made sure that any problems are easier to be solved together. As regards archery, I am very lucky because other archers do not have an opportunity to train with their husbands. Roham is the world champion. This fact on its own is an incentive to improve my skills," Zahra went on.

© AFP 2020 / FERNANDO MAIA
Stay Healthy at Olympics Because Rio’s Hospitals Already Fit to Burst
Zahra Nemati does not consider her mission completed after London's Paralympics victory. "Now I dream of the Paralympic Games in Brazil. And I also hope that I will be able to take part in the Olympic Games with the management's support." In addition, she is considering studying at the faculty of physical culture.

Nemati fights for the inclusion of disabled people into society as much as possible. She believes that in addition to the physical problems they face, there are plenty of social difficulties.

"Until a man actually actually feels the difficulties himself, he cannot understand what problems people with disabilities have to face. Nothing in the world should force a person to go into the shadows and change the usual course of his life," Zahra concluded.