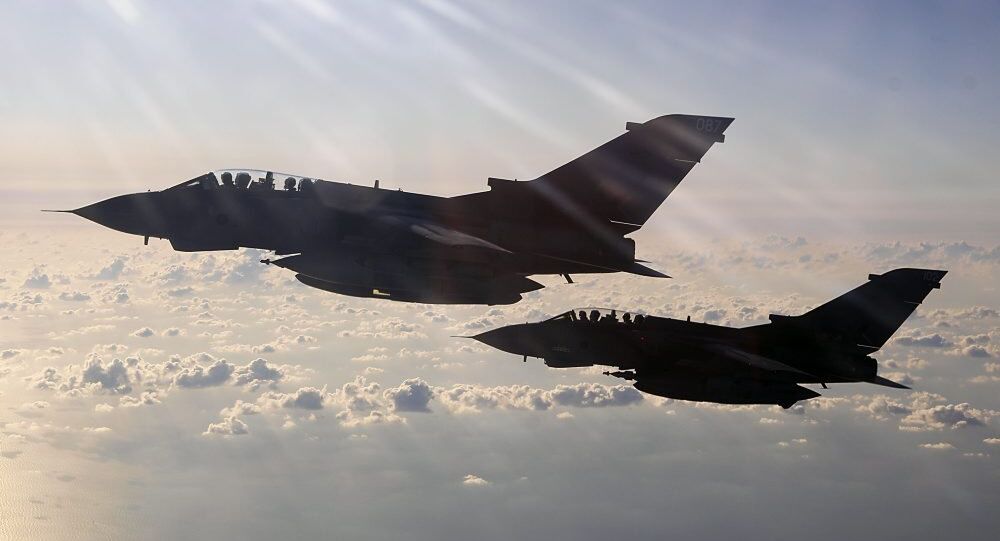 UK Tornado fighter jets attacked Daesh jihadist group’s headquarters in the northern Iraqi city of Mosul in the former palace of ex-Iraqi leader Saddam Hussein, according to a statement published by the UK Defense Ministry on Wednesday.

© Flickr / U.S. Department of Defense
US Gives No Details on Bases Used for Libya Strikes Due to Operational Security
MOSCOW (Sputnik) — The attack was carried out on Monday, the same day UK fighter aircraft also destroyed a network of fortified positions on the outskirts of Syria’s Manbij, the ministry added.

"Tornados participated in a major coalition air strike on Saddam’s former palace in Mosul, used by Daesh as a headquarters and training establishment for foreign terrorists," the statement reads.

"Daesh has been losing followers and territory for months, and emphatic strikes like this show that we and the coalition will not waver," Fallon said.

The international US-led coalition of more than 60 nations, including the United Kingdom, has been conducting airstrikes against the terrorist group outlawed in Russia and many other countries in Iraq and Syria since 2014.

In late July, Fallon reassured coalition partners that the Defense Ministry would keep to its pledge to send 50 more instructors to Iraq in August and provide $1.3 million to NATO’s training mission in Iraq. He reminded allies that London had already helped train 19,000 Iraqi troops and supplied Iraqi Kurdish forces with weapons worth over $1.8 million.

US Airstrikes Against Daesh in Libya to Last ‘Weeks, Not Months’ - Pentagon