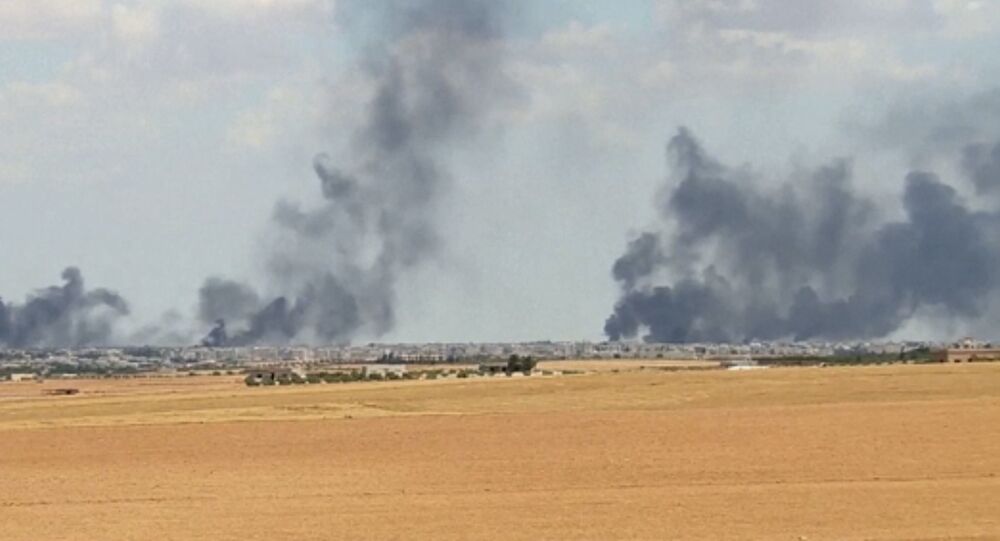 The Gulf states will pay up because without the United States they would not exist, Donald Trump said.

WASHINGTON (Sputnik) — The United States is going to build safe zones in Syria and get the Gulf countries to foot the bill for it, Republican presidential nominee Donald Trump said at a rally in the US state of Virginia on Tuesday.

"We want to do safe zones in Syria," Trump stated. "I will get the Gulf States who are not doing much, believe me, the Gulf States have nothing but money, I'm going to get them to pay."

© AFP 2021 / LOUAI BESHARA
Syrians Allowed to Apply for US Temporary Protected Status Until 2018
Trump added that those countries will pay up because without the United States they would not exist.

Trump has said safe zones in Syria are a better option than allowing Syrian refugees to enter the United States.

Trump cited recent terror attacks in Germany as examples of what would happen in the United States if Syrian refugees were allowed into the country.

US Unprepared to Separate Terrorists From Moderate Opposition in Syria