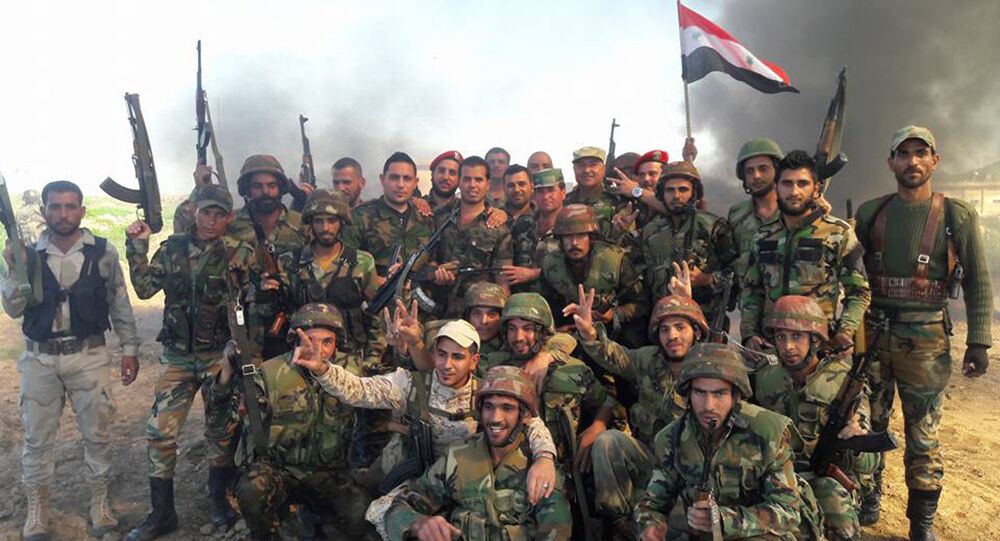 The Syrian army, supported from air, managed to repel the attacks of the Daesh militants in the west of the city of Deir ez-Zor, a source told RIA Novosti on Tuesday.

DAMASCUS (Sputnik) — Control over the Deir ez-Zor province is shared by the Syrian army and Daesh, which is outlawed in Russia.

© AFP 2021 / Fadi al-Halabi / AMC
Saudi Jihadist Captured by Syrian Forces Tells About Fighting for al-Nusra Front
According to the source, ahead of the start of the attack, the Syrian military destroyed a car bomb before the bomber was able to bring it close to the government troops' positions. During the attack on the militants, the Syrian troops blew up two tanks and two SUVs.

Syria has been in the state of civil war since 2011. On February 27, a ceasefire worked out by Russia and the United States took effect in the country. Terrorist groups are not covered by the agreement.