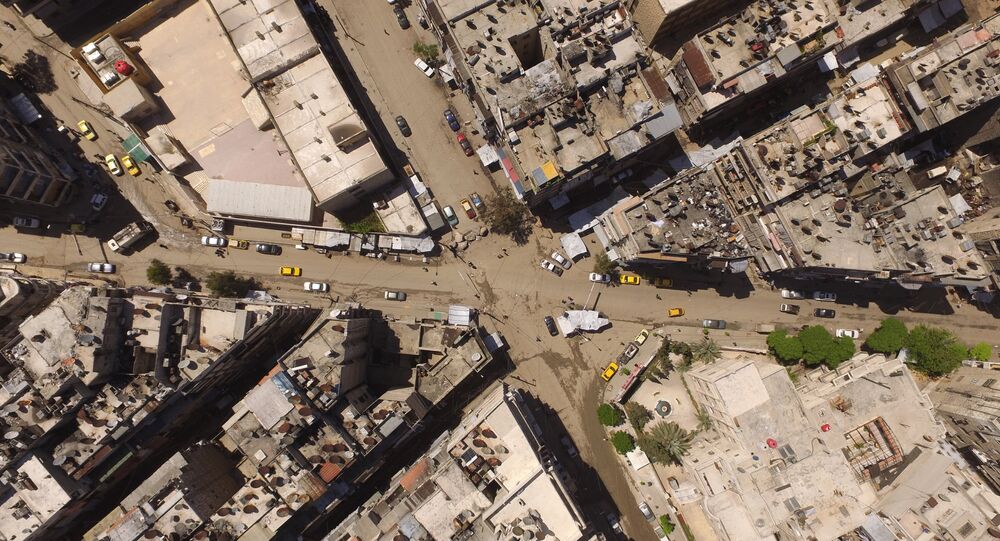 MOSCOW (Sputnik) — Syria has been mired in civil war since 2011, with government forces loyal to President Bashar Assad fighting numerous opposition factions and extremist groups. On February 27, a US-Russia brokered ceasefire came into force in Syria. Terrorist groups such as Daesh, as well as Jabhat Fatah al Sham (previously known as the al-Nusra Front), both outlawed in Russia and a range of other states, are not part of the deal.

"Within last 24 hours, terrorists have shelled Handrat inhabited area, al-Zahraa, al-Khalidiyah, and Leramon quarters as well as the trade centre ‘Kostello’ in the Aleppo city with MLRS [multiple launch rocket systems] and mortars. Terrorists have also shelled Arbil, Haush al-Farah, Huteita al-Jarash, and Jaubar inhabited areas in the Damascus province as well as an airport in the Hama city," the bulletin said.