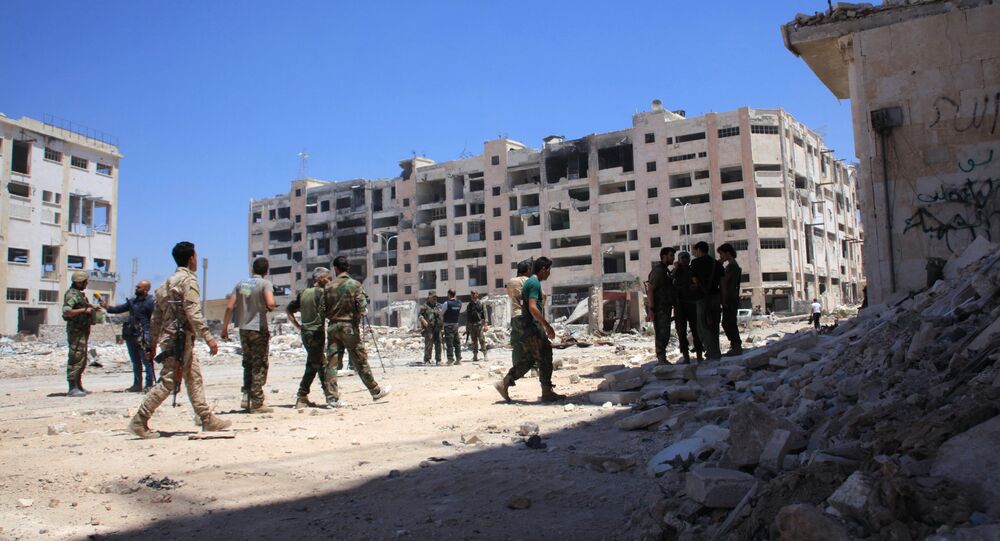 The Russian-Syrian large scale humanitarian operation in Syria’s Aleppo may trigger the next round of proximity talks in Geneva.

© AFP 2021 / FABRICE COFFRINI
Moscow-Cairo Opposition Urges to Resume Syria Proximity Talks in August
MOSCOW (Sputnik) — The large scale humanitarian operation in Syria’s Aleppo held by Russia and Syria creates the conditions for starting the next round of proximity talks in Geneva, a leader of the Syrian Moscow-Cairo opposition platform Qadri Jamil told Sputnik.

Russian Defense Minister Sergei Shoigu said on Thursday that Moscow and Damascus had launched a joint large-scale humanitarian relief operation in Aleppo, establishing three corridors for civilians and one for militants wishing to lay down arms.

© REUTERS / Ammar Abdullah
In Syria's Aleppo Russia is Saving the US' Face
On Friday, UN Special Envoy for Syria Staffan de Mistura called on Russian to leave humanitarian corridors in Syria to the UN surveillance.

"It would be great if the UN participates in that, but it would not be able to do it without Russia that plays an important role there," Jamil said.