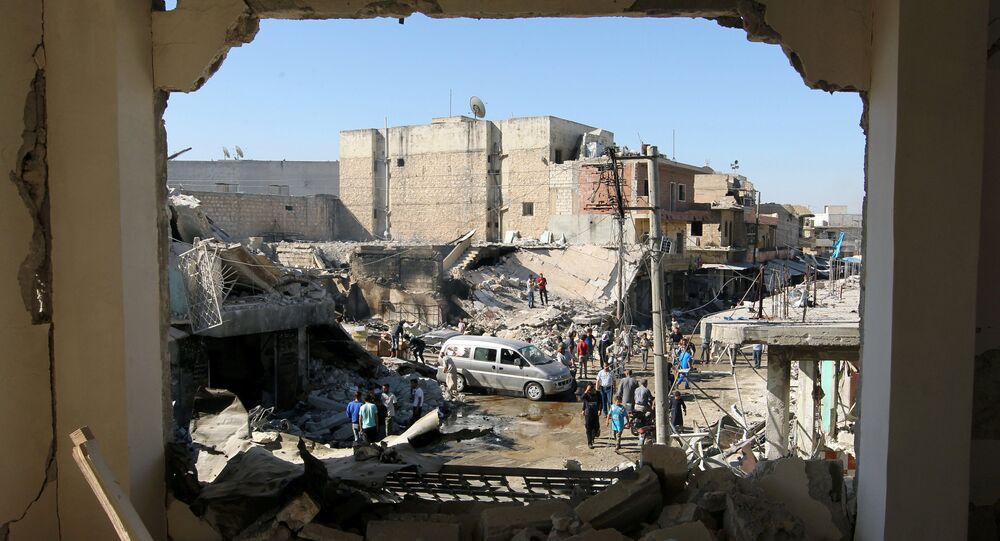 It is only too clear that the US is losing face in Aleppo: the victory of the government forces in what has turned out to be the most important battle in this war will definitely put President Assad in the circle of statesmen tasked with defining Syria's future. However, it seems that Russia is not too eager to corner Washington.

© AFP 2021 / GEORGE OURFALIAN
'Battle of Aleppo Would Have Been Long Over if Not for the US'
One of the most important and heaviest battles of the Syrian war is practically over. The western Aleppo is going to be cleaned up, but first its local residents should be evacuated into a safe place, says Russian online newspaper Vzglyad.

This comes as a serious blow to the image of the US, the outlet says, however Russia seems to be not too eager to “finish off” its ‘American partners”.

The clean-up of the eastern Aleppo will put an end to the US policy in the region, to the six years of the Obama administration’s activity and will indirectly hit the electoral capacity of Hillary Clinton, the newspaper says.

However, it further notes, it seems as if nobody wants to corner the superpower.

The opening of a corridor for the militants who would wish to leave Aleppo is definitely working for the saving of the US’ image.

If the US were not back pedaling with the list of terrorist organizations operating in Syria, it would have been all over by now. The majority of the groups operating within Fatah Halab are the former “clients” of the US.

Ministry press service оброны Russian Federation
Russian-Syrian Humanitarian Relief Operation in Aleppo 'Switched All Trump Cards Out of US Hand'
However “the pride would not allow” Washington to recognize them as terrorists. Because it would further mean either dispersing half of the CIA due to its underqualification or publicly admitting the irrationality of its six-year campaign in Syria.

In such a stalemate Washington is still unable to get rid of ideological clichés and look at its former allies without the rose-colored glasses.

Amid the above developments, the outlet says, nobody seems to pay any attention to the arrival of Russia’s Tu-214R remote reconnaissance aircraft (RF-64514) to its airbase in Hmeymim.

The aircraft, fitted with cutting-edge optical and electronic equipment and radar systems was already used in Syria in February-March, but then was returned back to Russia.

And now it is needed again. It only remains to be seen what for.