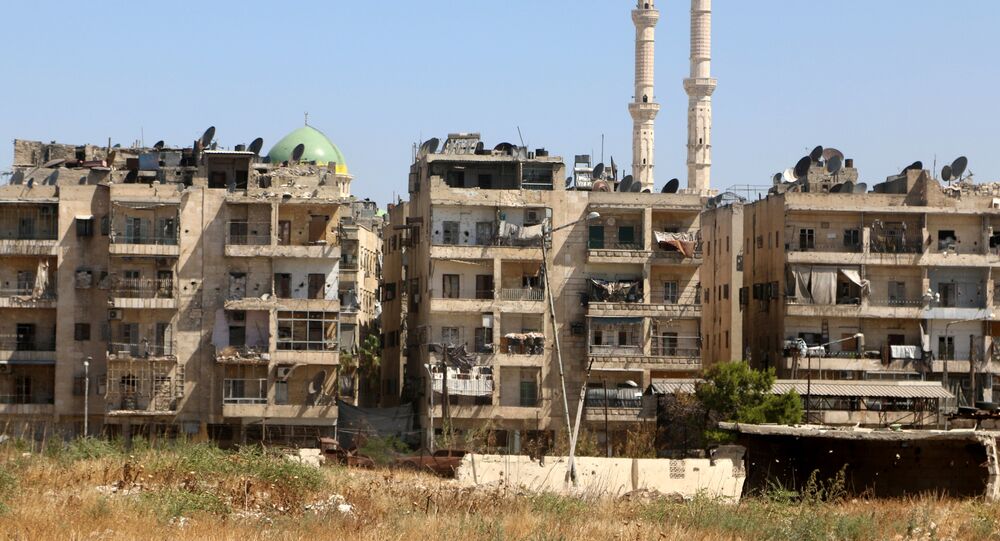 Russian Deputy Defense Minister Anatoly Antonov said that corridors for humanitarian convoys in Syria will be open not only from Aleppo but also to the besieged city.

© Flickr / coolloud
Islamists Easily Betray Each Other Under Syrian Army Pressure in Aleppo
Moscow and Damascus have launched a joint large-scale humanitarian relief operation in Aleppo, establishing three corridors for civilians and one for militants wishing to lay down arms. Russia offered international organizations working in Syria to join this operation.

"I would like to emphasize that the operation in Aleppo is purely humanitarian. We are ready to do everything possible to provide help to civilians who have become hostages of terrorists and even to militants who would put down arms," Antonov said in a statement.

According to Antonov, corridors for humanitarian convoys will be open not only from Aleppo but also to the besieged city.

"However, we will not allow the deliveries of additional weaponry to areas controlled by militants under any circumstances," Antonov stressed.