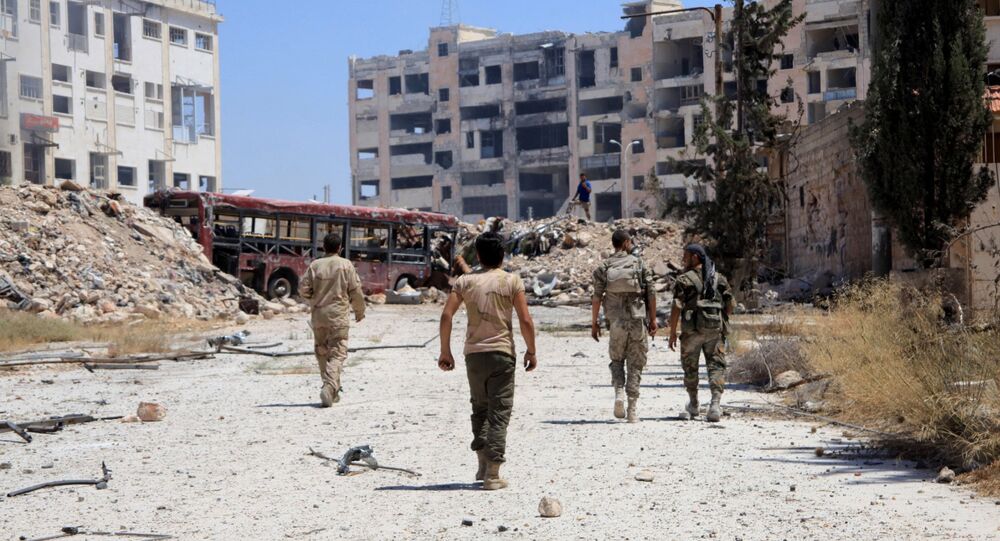 Men under 50 years are forbidden from leaving the areas controlled by terrorists in Aleppo, according to an informed source.

BEIRUT (Sputnik) — Militants in the east of the Syrian city of Aleppo forbade local men under the age of 50 to leave the area of active military engagement, an informed source told RIA Novosti on Friday.

"Only women, children and the elderly are leaving through the safe passages. Men under 50 years old are practically taken hostage, they are forbidden from leaving the areas controlled by terrorists," the source said.

© AFP 2020 / GEORGE OURFALIAN
Four Reasons Why Liberation of Aleppo Would Mean an End to the Syrian War
According to another source from local militia, the men could be used when negotiating certain terms or as a human shield.

Russian Defense Minister Sergei Shoigu said on Thursday that Moscow and Damascus had launched a joint large-scale humanitarian relief operation in Aleppo, establishing three corridors for civilians and one for militants wishing to lay down arms. He said Russia offered the international organizations working in Syria to join this operation.