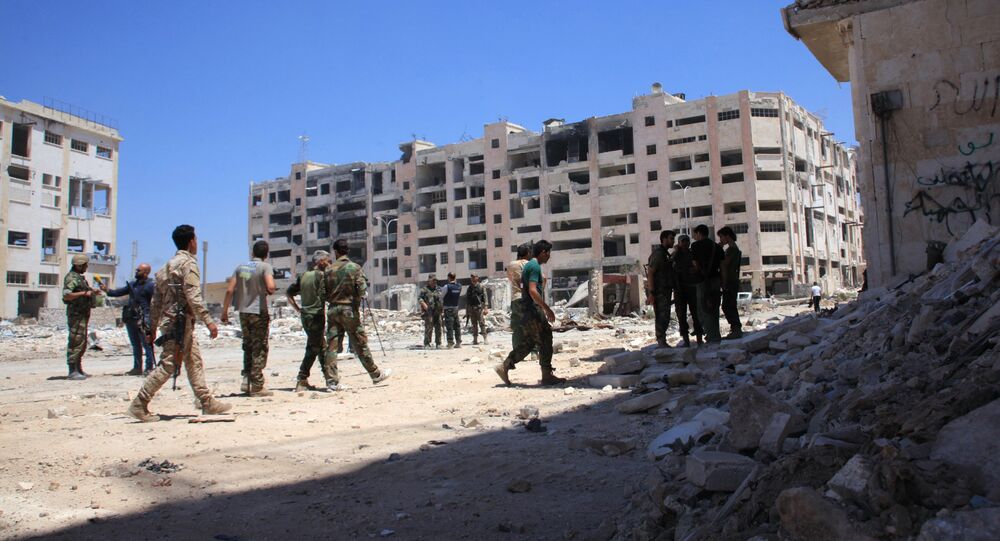 The Syrian armed forces liberated the Palestinian refugee camp Handarat south of the Mallah Farms area near the city of Aleppo, according to local media.

According to the Lebanese Al-Mayadeen TV channel, the liberation of Handarat will put an end to the presence of armed militants in one of the areas in Aleppo's north. It is expected that the battles will move further to the region bordering with Turkey, the media added.

© AFP 2021 / Fadi Dirani
ICRC Welcomes Moscow-Damascus Large-Scale Humanitarian Operation in Aleppo
Aleppo has been split between the Syrian government and opposition forces occupying respectively the western and eastern districts. The parties have been attacking each other despite the agreed ceasefire

Earlier in the day, Russian Defense Minister Sergei Shoigu said Moscow and Damascus had launched a joint large-scale humanitarian relief operation in Aleppo, establishing three corridors for civilians and one for militants wishing to lay down arms, and said that Moscow offered the international organizations working in Syria to join this operation.