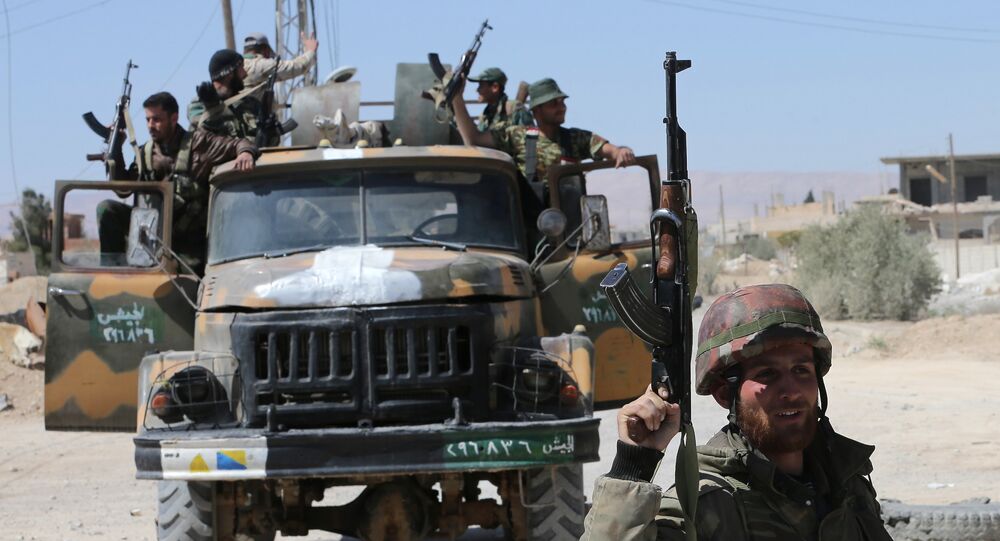 Syrian army forces killed a field commander of the Nusra Front militant group in al-Rastan in Northern Homs, according to local media.

MOSCOW(Sputnik) — A senior commander of the Nusra Front militant group was killed in clashes with Syrian government forces in the northern province of Homs, media reported Wednesday.

© Sputnik / Mikhail Voskresensky
Syrian Army Destroys Al-Nusra HQ, Heavy Artillery in Aleppo's Northwest (VIDEO)
In addition, the Syrian Air Force bombed Daesh positions in Homs, claiming the lives of several militants and destroying a number of their vehicles, equipped with machine guns as well as rocket launchers, according to the sources.

Syria has been mired in civil war since 2011, with government forces loyal to Syrian President Bashar Assad fighting numerous opposition factions. Apart from fighting against armed opposition groups, Damascus has had to counter the advance of various militant groups, including the notorious Daesh and the Nusra Front, an al-Qaeda affiliate in Syria, both of which are outlawed in Russia.