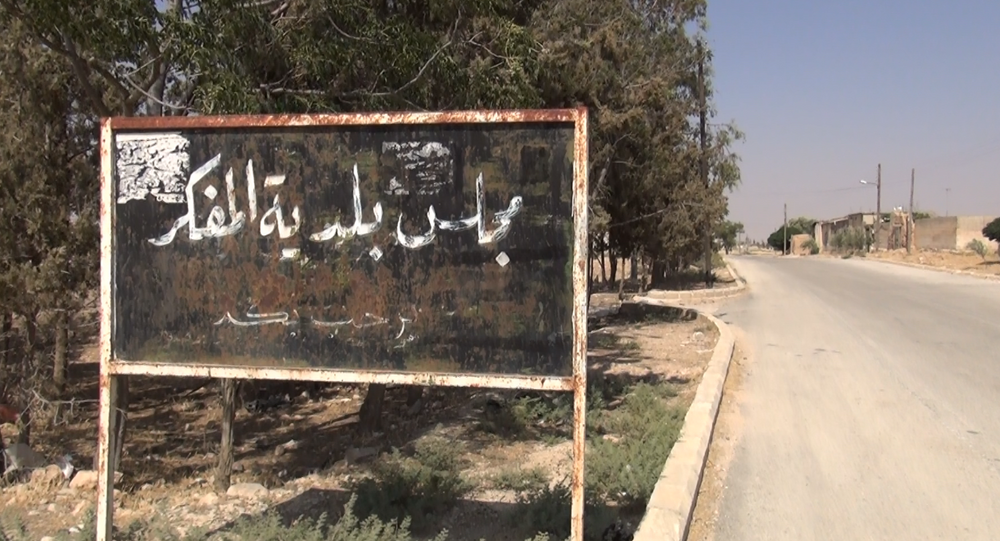 The Syrian Army and its allies in the departments of National Defense defused two cars that were mined by Daesh militants at the entrance to the village of Al-Mufakker in the eastern province of Hama, where a strategically important oil pipeline is situated.

© Sputnik / Khaled Al-Khateb
Winning Streak: Syrian Army Regains Control of Strategic Oil Pipeline From Daesh (EXCLUSIVE)
The first car was spotted 200 meters from the northeastern  edge of the village of Al-Mufakker, while the second was found in the same place but closer to a residential area.

Due to these preventive measures, the military was able to promptly eliminate the suicide bombers and remotely detonate their cars that were packed with explosives.

A local source told Sputnik Arabic that “after the defeat of Daesh in the city of Palmyra, the militants had to look for a new frontline, close to the desert of Al-Badiyah, where key points of the strategic pipeline are situated.”

The source further said, “It is there, in an easterly direction from the town of Al-Salamiyah, that Daesh intends to pave the way for a new supply line where weapons, ammunition and other necessary material will pass through.”

The source added that the ambush of the militants by units of the Syrian Army and its allies, as well as equipment of tactical control points in an easterly direction parallel to the strategic pipeline, has given it a successful outcome.

“The measures have prevented a terrorist attack on the villages of Tell al-Tut, Aqarib, al-Mufakker and Beri.

The source further stated that for the first time it is becoming impossible for Daesh to move forward by making full use of mined cars with suicide bombers.

The militants are also facing massive airstrikes inflicted on places where they have accumulated heavy artillery in the villages of Abu Hbeilat, Uqayribat, Abu Hanaya and Qubaybat.

“Serious casualties, the destruction of weapons and military equipment have recently forced Daesh to curtail their offensive operations in the area,” the source concluded.