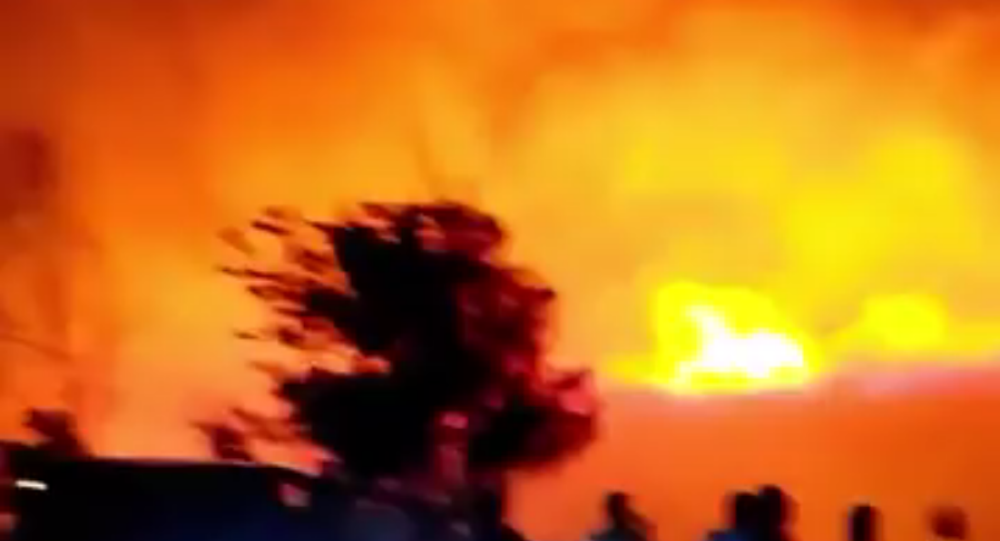 The Yeni Safak newspaper printed a picture of a US military commander it claims led the attempt to overthrow the Erdogan government only hours before a massive blaze broke out near a NATO base.

YouTube: V
Massive Fire Near NATO Base in Turkey, Possible Anti-American Sabotage (VIDEO)
On Sunday, hours before a massive blaze broke out near the NATO base in the western Turkish town of Izmir, Turkish President Recep Tayyip Erdogan’s primary print publication for his Islamist supporters – Yeni Safak, printed the image of NATO International Security Assistance Force Commander Army General John F. Campbell accusing the US military official of plotting the coup against Erdogan in league with US-based cleric Fethullah Gulen.

The conservative Turkish daily newspaper is known for its hardline support of President Recep Tayyip Erdogan and the ruling Justice and Development Party (AKP). The newspaper is known for inciting violence and spreading disinformation about Gezi protesters during the 2013-2014 protests in Turkey, threatening journalists for other news outlets saying “they will pay a heavy price for treason,” and fabricating interviews.

Yet the newspaper does have a strong pro-Erdogan and Islamist reader base serving as a critical outlet for the Turkish government to influence views and actions of the people of Turkey and to incite a reaction.

​Hours after the publication of the article, the NATO military base in Izmir became victim of a mass fire that continues to rage on at this hour despite desperate attempts by forces to contain the blaze using helicopter and airplane water drops. The fire threatens US munitions stockpiles at the base which could result in a severe exacerbation of the fire, loss of expensive weaponry, and safety dangers.

The fire, which has already burnt through an elderly nursing home, is being investigated by officials as an act of anti-American sabotage according to local reports.

The US maintains a stockpile of as many as 90 tactical nuclear weapons in Turkey, more than in any other foreign country, but the atomic bombs are not threatened by the current blaze in Turkey. Those weapons are stored at a different base in Incirlik and reportedly no such munitions are stored at Izmir.

Failed Coup in Turkey Will 'Weaken' NATO in the Middle East