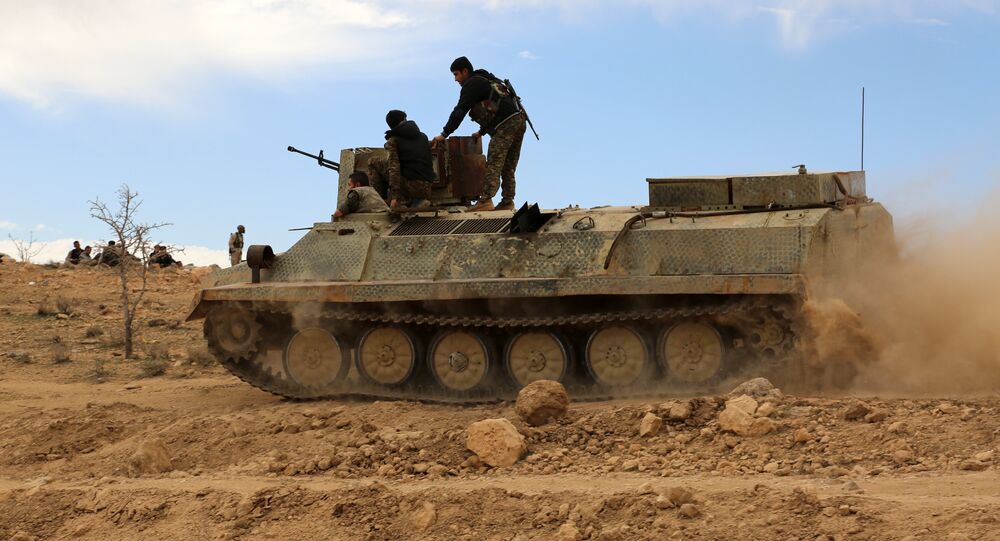 The Daesh terrorists ignored an 48-hour ultimatum to leave the city of Manbij, a key pipeline for the terrorist organization with the rest of the world and what some are now calling the jihadists headquarters.

© Flickr / Airwolfhound
Poland Unleashes MIG-29M Simulator as Tensions Between NATO-Russia Mount
Daesh terrorists clashed on Saturday with US-backed fighters in the Syrian town of Manbij, a town that US Defense Secretary Ash Carter described as the terror organization’s pipeline to the rest of the world, engaging in a fierce defense of the jihadist stronghold and ignoring a deadline to evacuate.

The jihadists refusal to abandon Manbij has led to growing fears for the safety and wellbeing of civilians trapped in the city which has long served as a supply route for Daesh from neighboring Turkey and a territory that some US military analysts are now referring the terror organization’s "caliphate" or land controlled by the self-proclaimed prophet and Daesh leader Abu Bakr al-Baghdadi as opposed to Raqqa.

The US-backed Syrian Democratic Forces (SDF), composed of joint-efforts by the Syrian Kurdish YPG and certain factions of the so-called Free Syrian Army, penetrated the town one month ago, but have been unable to seize the territory and remain locked in a blood-stained struggle against the terrorists.

The Manbij Military Council, a key SDF member, issued a 48-hour ultimatum to Daesh calling on the Jihadists to evacuate if they want to save their lives.

​"The 48-hour period is over, and there will be no more opportunities like this one for Daesh," a commander from the council told AFP on condition of anonymity. Daesh has "not responded" to the SDF’s offer and instead continued to "attack our positions" said the commander.

The ultimatum comes in the wake of a tragic US-led airstrike that killed at least 56 civilians, including children, near Manbij on Tuesday. The strike that led to scores of dead civilians was followed up on Wednesday by a separate French airstrike that left at least 120 dead in the village of Toukhan Al-Kubra.

© AP Photo
Turexit: Will Turkey Leave NATO Over Post-Coup Attempt Rift with the US?

Daesh terrorists may believe that NATO forces struggling to deal with the fallout of the tragically failed airstrikes and with limited capacity in the wake of the attempted coup in Turkey that the SDF is not in a position to back up its warnings to leave or die.

The Syrian government condemned the United States and France for the attacks issuing a formal complaint to the United Nations and calling on NATO to cease and desist its airstrikes which Damascus believes are illegal because the Assad government has not called on the US for support.

"It’s a fight like we haven’t seen before," said Operation Inherent Resolve spokesman Col. Chris Garver. The Colonel explained that battle has intensified as SDF units move deeper into the town "which is sort of different than what we saw in Ramadi and what we saw in Fallajuh."

The spokesman confirmed concern of civilian casualties making note that Daesh is using residents "as human shields and as bait."

Since the conflict erupted in 2011, more than half of Syria’s population has been displaced and at least 280,000 people have been killed.

Daesh in Talks With Kurds on Exchanging Manbij Residents for Militants