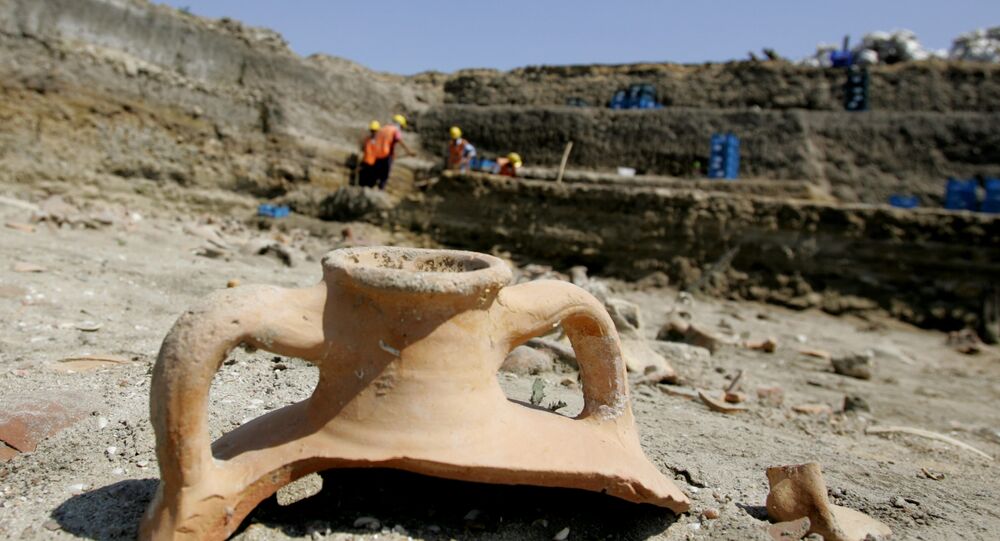 Turkish archaeologists have run into funding difficulties because their excavation at the town of Side has uncovered an ancient brothel.

Professor Huseyin Sabri Alanyali of Anadolu University's Archeology Department told the newspaper that his excavation team is excavating the remains of the ancient city of Side.

He said that if they can't get more funding, his team will be forced to finish its investigations earlier than planned this year, on August 15.

© Wikipedia / Fariborz
Paleolithic Persia: Ancient Human Settlement Discovered on Iranian Island
Alanyali said that the discovery of a brothel at the site, while an interesting archaeological find, has hampered the search for sponsors for the work.

"Sometimes we find ourselves in interesting situations. For example, there is a brothel structure at the ancient site of Side. When those who are thinking about sponsoring us ask about the purpose of the structure in ancient times, they change their minds when we say it was a 'love house' [brothel] or a 'toilet,'" Alanyali stated.

The resort town of Side is located on Turkey's southern Mediterranean coast, and is one of the country's best-known classical sites. The ancient city was a prosperous Aegean trading center in Hellenistic and Roman times, and a base for Cilician pirates in the 1st and 2nd centuries BCE.