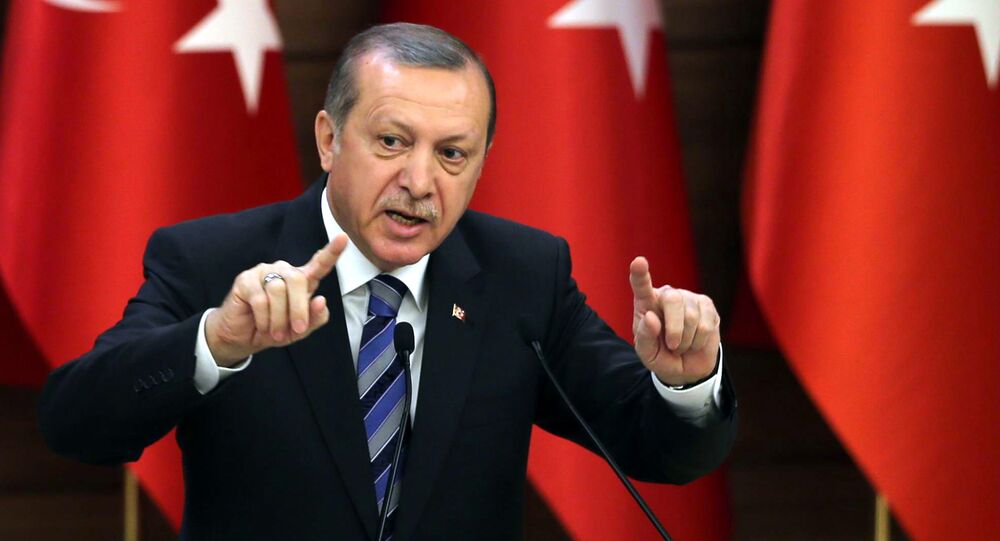 In the wake of last week's attempted coup, President Recep Tayyip Erdogan has declared a 3-month state of emergency which will help Ankara swiftly tackle the Gulen movement.

The state of emergency was needed "in order to remove this threat as soon as possible," Erdogan said.

The Turkish president added that Europeans have no right to criticize Ankara's decision.

The coup attempt left nearly 300 people dead and over 1,000 injured, and has been blamed on the movement of exiled religious and political leader Fethullah Gulen. Ankara has requested Gulen's extradition from the US.

Earlier on Wednesday, Erdogan suggested that foreign nations may have played a role in the attempt.

The Turkish government has launched an unprecended crackdown on those suspected of being involved in the events of last week. Nearly 50,000 have been targeted as part of a purge, including military personnel, educators, judges, and civil servants. A state of emergency will, in theory, allow the Erdogan government to tighten its grip even further.