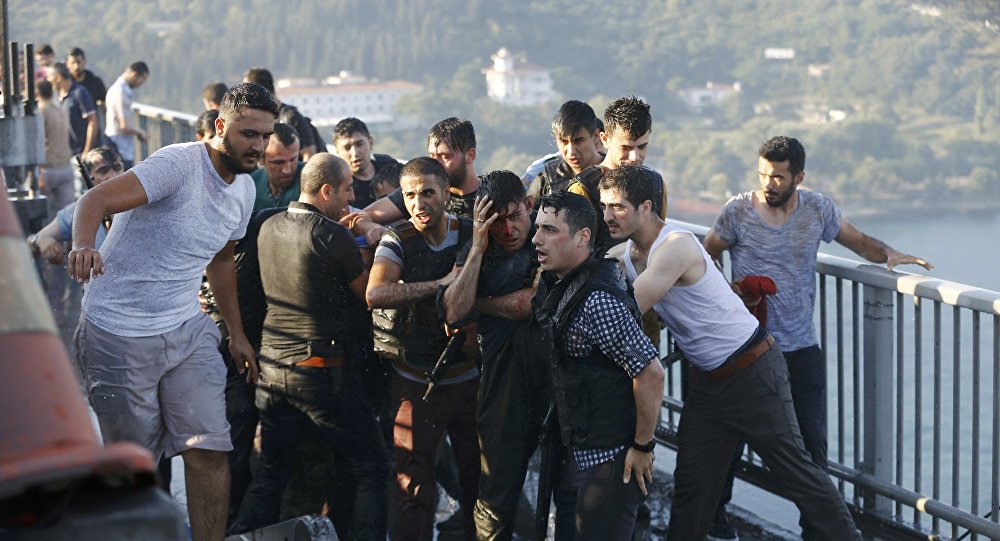 Greek member of the European Parliament from the Communist party Konstantinos Papadakis said that the Turkish elites were neglecting the sufferings in the region due to the major confrontations among big business groups for the control of resources and energy transport routes. 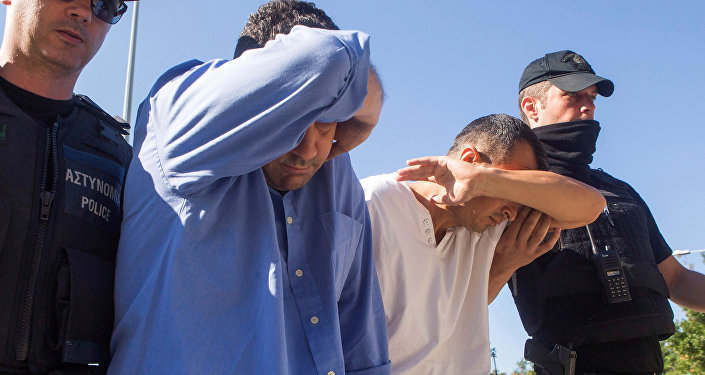 © REUTERS / Vasilis Ververidis/Eurokinissi
Greek Court Hearing in Case of 8 Turkish Officers Adjourned Until Thursday
MOSCOW (Sputnik) — A failed coup attempt in Turkey highlights the deep divisions among the country’s elites that are intertwined with the international competition in the Middle East and North Africa, Greek member of the European Parliament from the Communist party Konstantinos Papadakis told Sputnik on Wednesday.

"The coup attempt in Turkey highlights the sharpening of the internal contradictions of the bourgeois class, the differences among the various power centers in the country, which are intertwined with the overall international competition in the region of Syria, Middle East, Eastern Mediterranean, Northern Africa with the direct intervention and contradictions of powerful capitalist States," Papadakis said.

Last Friday, an attempt of a military coup took place in Turkey with tanks seen on the streets of the capital of Ankara and the largest city of Istanbul, as the military tried to take control of the country. By early Saturday the coup had been suppressed.

Papadakis, who is also on the delegation to the EU-Turkey Joint Parliamentary Committee, explained that the bourgeois class of Turkey was actively involved in the regional competition with a view to enhancing its position as a regional power.

"Its attitude to the developments in Syria, its combat operations conducted in the North, where populations of Kurdish origin live, its relationship with the 'Islamic State' brought it several times at odds with traditional allies such as USA, NATO and other countries, EU Member States that had earlier equipped, trained and financed with their alliances such reactionary, repulsive forces like the 'Islamic State'," Papadakis said.

He stressed that the Turkish elites were neglecting the sufferings in the region due to the major confrontations among big business groups for the control of resources and energy transport routes.

© AFP 2019 / EMMANUEL DUNAND
S&P Downgrades Turkish Sovereign Credit Rating Amid Thwarted Coup Attempt
Papadakis said he expected anti-people policies in Turkey to be reinforced, while the country really needed "the militant readiness of the people against the anti-people policies."

"The people must not be trapped in one or other hostile to its interest scenario or in the internal contradictions of the bourgeois class. Instead, they have every interest in developing their own independent, mass action, to prepare and to struggle at every moment for their own solution, on the basis of their own needs and aiming to overthrow the power of capital and to disengage from the various imperialist alliances," Papadakis said.

The Turkish government has accused US-based Muslim cleric Muhammed Fethullah Gulen of having played a key role in the coup.