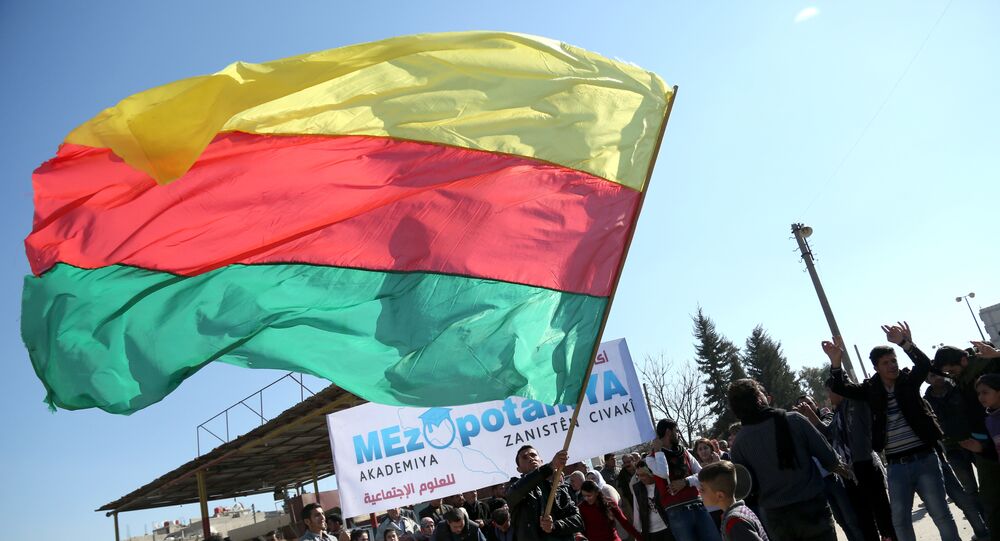 Claims that the pilots who bombed the Turkish Parliament during last week's failed coup are currently hiding in northern Syria hold no water; they were deliberately endorsed by Ankara to tarnish the Kurds' image, Siyanek Dibo, a member of the Kurdish Democratic Union Party (PYD), told Sputnik.

He pointed the finger at Ankara, which he said intentionally endorses such claims so as to tarnish the Kurdish autonomous region Rojava's image.

Some Turkish and Kurdish media outlets claim that the Turkish Air Force pilots who bombed the parliament building in Ankara during the failed coup are now allegedly based in safe havens in northern Syria that are controlled by the Kurds.

"Reports about the pilots allegedly fleeing to the Rojava [autonomous] region are out of line with reality, and we are up in arms against such allegations," Dibo said.

"The Turkish government is seeking a pretext to attack us, and these statements are part of their policy," he said, adding that those Turkish officials who want to tarnish Rozhava's image deliberately supported a leak of misinformation.

© AFP 2021 / Delil Souleiman
Hidden Struggle: Why Kurds 'Must be Kept Under the Roof of Damascus'
Its  200-person Constitutive Assembly – composed of Kurds, Arabs, Syriacs, Assyrians, Armenians, Turkmens and Chechens from Efrin, Cizire, Kobane, Gire Spi cantons and the Seddade, Aleppo and Sehba regions – is presided over by two: co-presidents Hediye Yusuf (a Kurd) and Mensur El-Selum (an Arab).

Late last week, RT quoted the Turkish state-run news agency Anadolu as saying that bombs or shells hit the Turkish parliament building in the capital Ankara during the attempted coup and that at least 12 people were injured in the bombing.