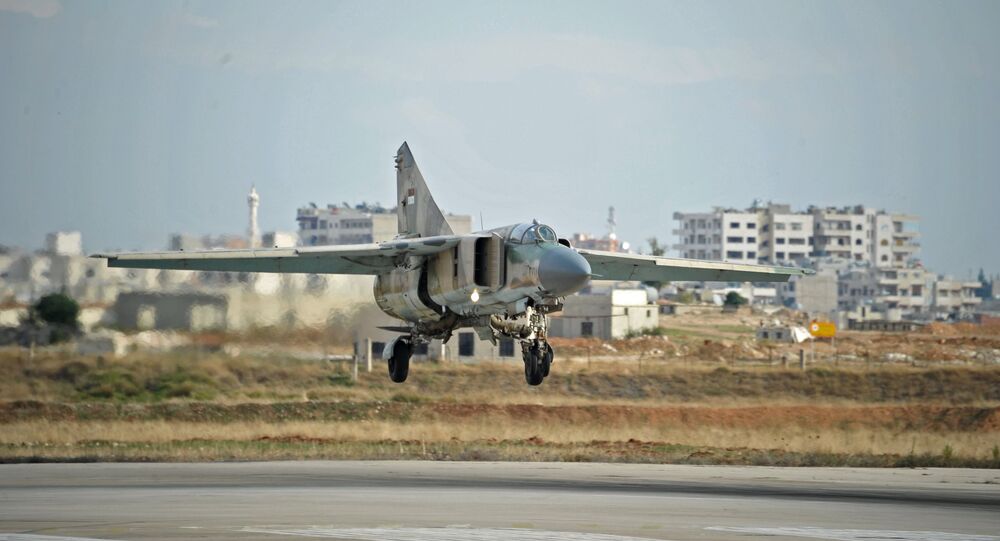 The Syrian Arab Air Force destroyed a convoy of vehicles armed with machine guns near the city of Salamiyah and killed about a hundred of militants, according to local media.

Syria's aircraft destroyed a convoy of vehicles armed with machine guns near the city of Salamiyah and killed about a hundred of militants, SANA news agency reported.

Syria has been mired in civil war since 2011, with government forces fighting numerous opposition groups, including the allegedly moderate factions, as well as terrorist formations, such as the IS, which is prohibited in many countries, including Russia and the United States.