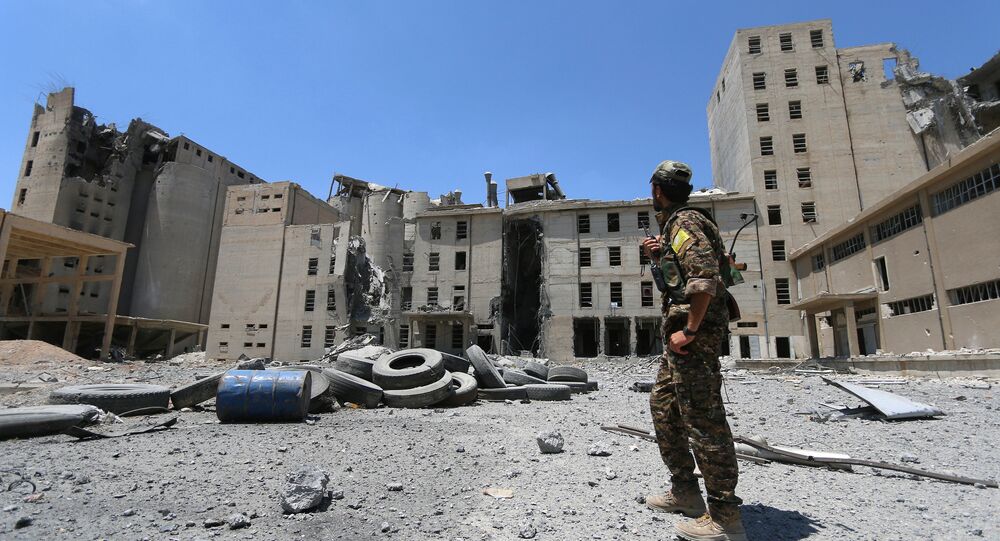 Syrian Arab Coalition forces captured the Daesh’s headquarters in the Syrian city of Manbij and seized a significant amount of the city during the operation, which provided civilians the opportunity to escape, according to US Central Command’s Combined Joint Task Force.

"The Daesh [Islamic State] headquarters, located in a hospital, was being used as a command center and logistics hub," the release explained. "The SAC [Syrian Arab Coalition] also seized a significant amount of the city during the operation, which provided civilians the opportunity to escape."

The capture on Sunday was preceded by more than 450 coalition airstrikes in and near the mid-sized city close to the Turkish border, according to the release.

© AFP 2021 / JOHN THYS
Half-Dozen Iraqi Refugees in Belgium Suspected of Having Links to Daesh
Earlier on Tuesday, the rights group Amnesty International urged the US coalition to redouble efforts to prevent civilian deaths following reports that at least 60 civilians were killed in one part of the city during an airstrike.

Amnesty International said Monday’s bombing, one day after the Daesh headquarters’ capture, could result in the largest loss of civilian lives due to coalition operations in Syria.

The US release said Islamic State forces continued to fight and launch counterattacks from the center of Manbij, and that coalition fighters were moving carefully in an attempt to ensure the safety of trapped civilians.

US-Led Coalition Resumes Airstrikes Against Daesh From Airbase in Turkey