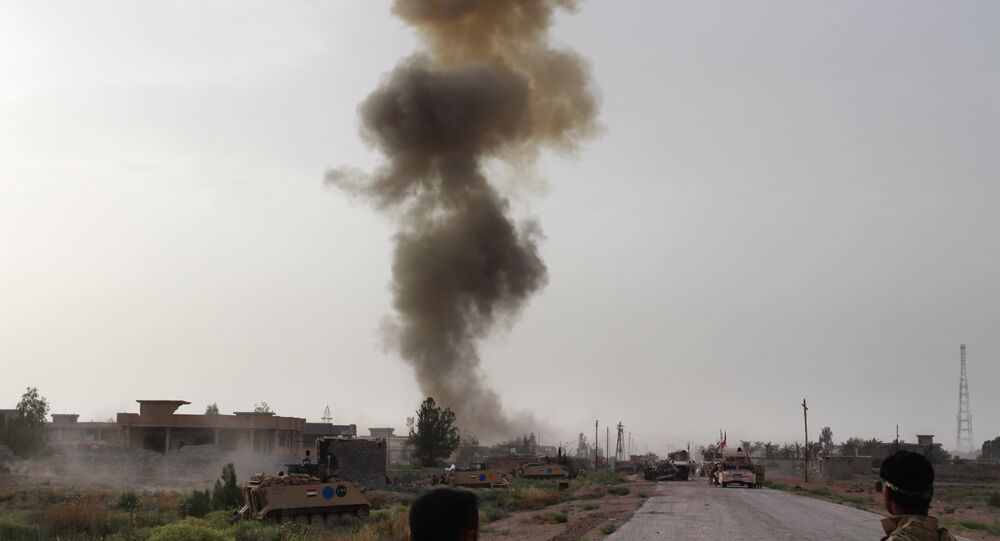 Iraqi forces have liberated from the Daesh militants the ad-Dulab district in the western province of Anbar, Commander of the Iraqi Army Maj. Gen. Numan Zubai said.

"Squadrons of the seventh army brigade, supported by tribal fighters, international coalition aircraft, [Iraq's] Air Force and artillery, have managed to liberate the ad-Dulab to the West of the Hit city," Zubai told the Alsumaria television broadcaster.

Iraqi troops launched a large-scale offensive against Daesh militants last summer. In December 2015, they drove Islamists out of the Anbar provincial capital Ramadi, in preparation for the operation to recapture the Daesh stronghold in Fallujah.

Daesh is a designated terrorist group that is outlawed in the United States, Russia and numerous other countries worldwide.