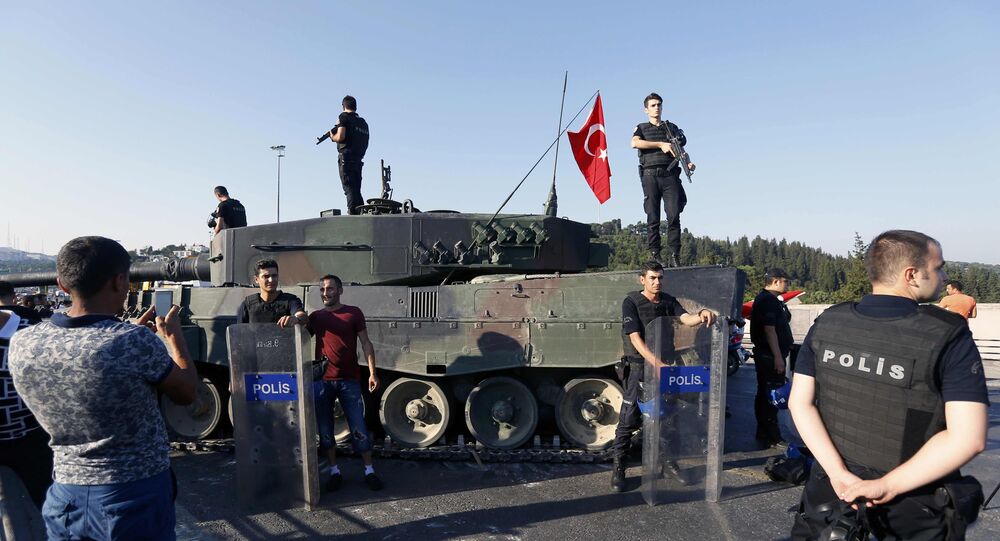 According to the Turkish defense minister, three high-ranking Turkish military officials, who have been taken hostage during the military coup attempt, have been released.

"Commanders of Air Force, as well as of the gendarmerie and the deputy head of [Turkish] General Staff, who have been taken hostage during the coup have been released," Isik told reporters.

Late on Friday, Turkish authorities said that an attempted coup took place in the country. Turkish President Recep Tayyip Erdogan urged Turkish citizens to take to streets, stating that the coup attempt was carried out by a small group within the military.

Over 180 people were killed and 1,470 were injured during the events, while nearly 3,000 people have already been detained, according to the prime minister.