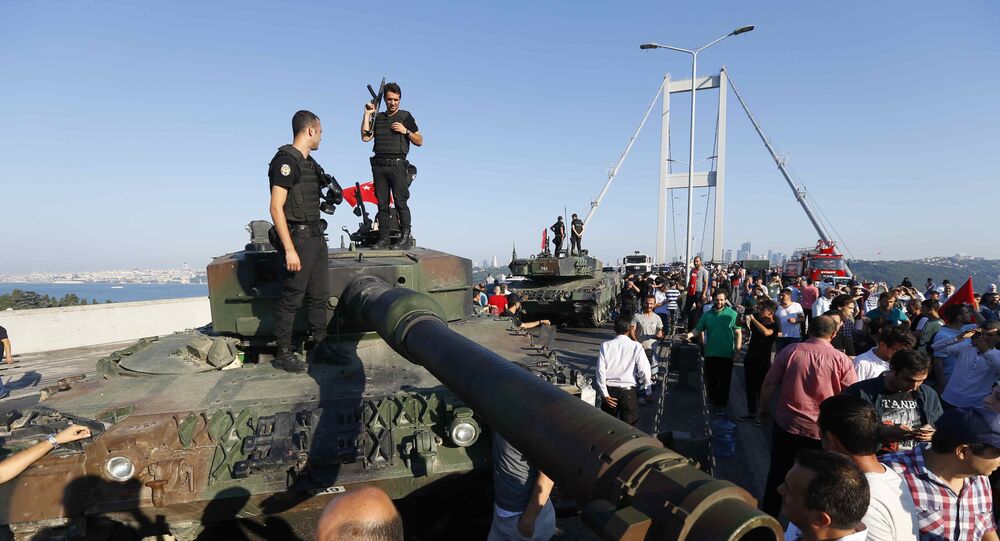 A member of the movement tied to the so-called parallel state linked to prominent Turkish oppositionist Fethullah Gulen, who was involved in killing of Russian pilot over Syria last year, participated in attempted coup in Turkey, Mayor of the Turkish capital of Ankara Ibrahim Melih Gokcek said.

"It was the 'parallel state' that has deteriorated our relations with Russia. It was an incident, in which one of the pilots of this structures has participated, I guarantee it. He was one of the coup's participants. We have not voiced it until now. But I, Melih Gokcek, say that our relations have been deteriorated by these villains," Gokcek said, as quoted by CNN Turk.

He added that the "parallel state" intended to isolate Turkey in the international arena.

Relations between Russia and Turkey deteriorated when the Russian Su-24 attack aircraft was shot on November 24, 2015, by a Turkish fighter near the Turkish border in Syria.

Airspace in North-West of Turkey Closed to Civil Aviation - Reports