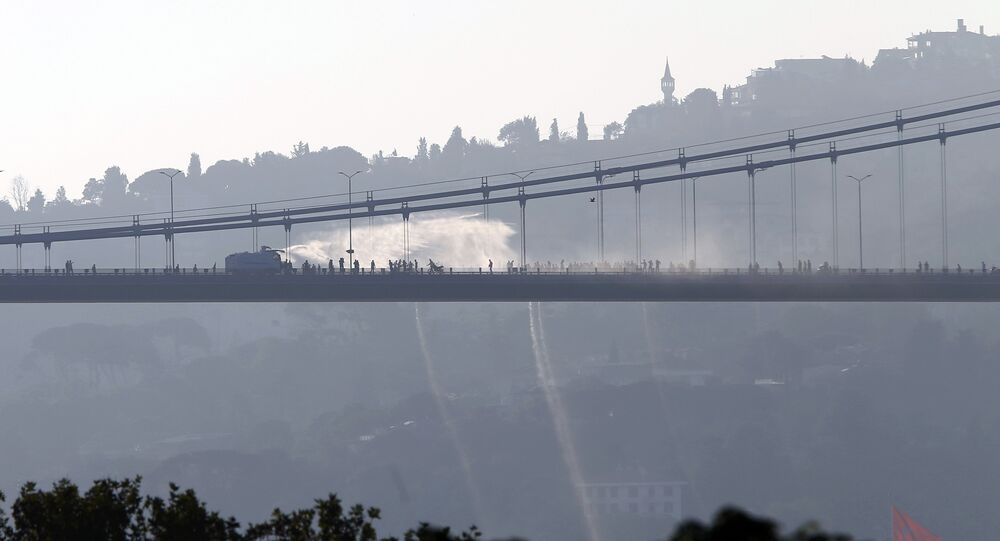 The number of arrested military personnel has risen to 1,563 people, Reuters reports with reference to a senior Turkish official.

According to the official, the majority of the arrested servicemen are junior officers.

​Earlier, the Turkish Interior Ministry reported that Turkish law enforcement have detained 754 servicemen who were involved in the failed military coup attempt in the country, including five generals and 29 colonels.

The detained individuals have been stripped of their military titles, according to the ministry.

A group of soldiers, including high-ranked ones, taken into custody by police units pic.twitter.com/dZFhQtv9RC

© AP Photo / Emrah Gurel
Rebels in Turkey Lose Control of Military HQ, Attacks on Gov't Buildings Stop
​Earlier on Saturday, the Turkish government came under siege by a faction of military forces who sought to end the rule of President Recep Tayyip Erdogan citing the leader's drift away from the country's long-held secularist values.

The military attempted to use helicopters and tanks to overthrow the Turkish leadership.

According to the state-run Anadolu agency, at least 90 people were killed amid the military coup attempt in Turkey. The victims include civilians and military servicemen.

The coup attempt was led by Col. Muharrem Kose, a former Turkish military officer who was dishonorably discharged in March 2016 for his alleged association with anti-government and US-based Imam Fethullah Gulen.

​Gulen's movement known as Hizmet, once claimed as many as 2,000 officers within the Turkish military prior to crackdowns by President Erdogan. Supporters of Gulen have long attempted to use the judiciary to advance corruption investigations against Erdogan sparking a bitter divide between the two groups. Turkish authorities accuse Gulen of attempting to form an opposing "state within a state" known by many in Turkey as the "Parallel Structure."

Over 750 Servicemen Involved in Coup Attempt Detained in Turkey