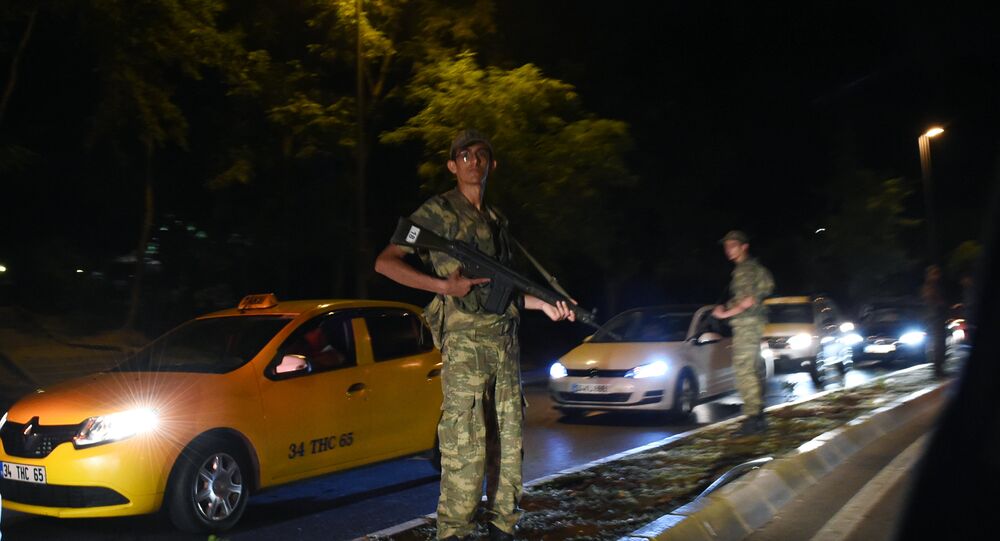 Gunfire has been heard in the Turkish capital, and there are reports of unusual military activity, with a military chopper opening fire near the national intelligence headquarters.

Turkish military released a statement by email to international reporters saying that they have seized control of the government.

The Turkish military has taken to television to say that the "power of the country has been seized in its entirety" and that the Turkey's leadership have been detained by the troops which conflicts with official statements by the government saying that President Erdogan is in a safe location.

AFP reported a bomb blast at a police training facility in Ankara and conflict raging throughout the country.

The Chief of Staff of Turkey's military, Hulusi Akar, has been taken hostage by the military coup plotters according to Turkish government officials.

In their statement, the Turkish military said that they undertook the military coup against Erdogan's government in response to the President's undemocratic, illegal action saying that they will restore the democratic order, human rights, and the rule of law.

Earlier on Friday, gunshots broke out in the Turkish capital of Ankara with witnesses saying that military jets and helicopters could be seen flying overhead. There has also been military helicopters and F-16 fighter jets spotted overhead in Turkey's largest city Istanbul according to Reuters.

There are also multiple reports of a large military operation, with soldiers deployed in Hatay Province.

Turkish Prime Minister Yildirim has stressed that nothing will harm Turkish democracy, while also adding that the military action is being taken without the proper chain of command.

All police and security forces personnel in Ankara have been told to report in, and reports indicate that military personnel are disarming regular police forces in Ankara and Istanbul.

Bridges over the Bosphorus in Istanbul have also reportedly been closed by Turkish military police.

Tanks have also been reported in Istanbul.

Sources indicate that Facebook and Twitter have been blocked in Ankara. The Turkish prime minister has confirmed that an unauthorized campaign of military violence has been undertaken against the government with some calling it a coup.

A gunfight has now broken out in front of President Recep Tayyip Erdogan's palace.

The leader of the ruling Justice and Development Party says that the military has blockaded their offices.

Reports indicate that Turkish President Recep Tayyip Erdogan is scrambling to the Istanbul international airport to try to escape the coup attempt.

An announcer on Turkey's TRT news station says the country is now under the control of a "Peace Council" which will ensure the safety of the population.

Turkish state television says that a new constitution will be prepared shortly.

All flights in and out of Turkey's Ataturk Airport have been cancelled according to Reuters. An Aeroflot flight en route to Istanbul has been turned around.