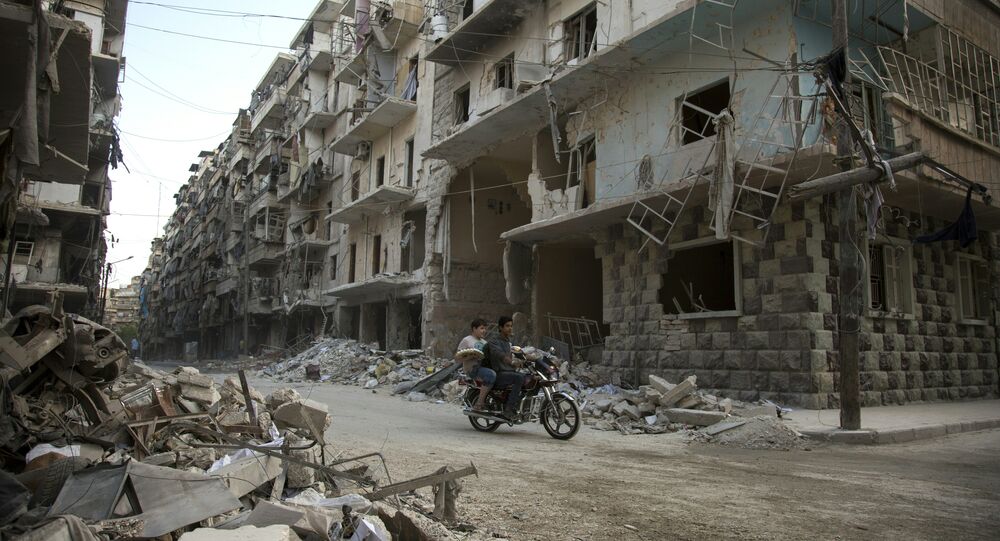 Aleppo citizens are now at risk of besiegement after the last road was severed, an official at UN’s humanitarian agency OCHA told Sputnik.

© REUTERS / Rodi Said
UN Not Calling to Evacuate Aleppo Citizens Despite Violence Concerns
MOSCOW (Sputnik) — Hundreds of thousands in Syria’s Aleppo are now within firing range and risk besiegement after the last road into the eastern part of the city was severed, an official at UN’s humanitarian agency OCHA told Sputnik.

The Castello Road was the only way out of militant-dominated eastern Aleppo. Clashes between the rebels and government forces for the control of the supply route erupted last Thursday, shutting it.

"Heavy clashes between the Government of Syria forces and non-state armed groups have rendered the Castello road, the last remaining access road in and out of eastern Aleppo city, impassable and putting an estimated 200,000-300,000 people closer to the line of fire and at risk of besiegement," the official said.

At least 25 people were injured during the first day of shelling of Aleppo's northern districts as militants attempted to seize the main supply route last week.

Kurdish Representative: Kurds Must be Involved in New UN Strategy on Syria