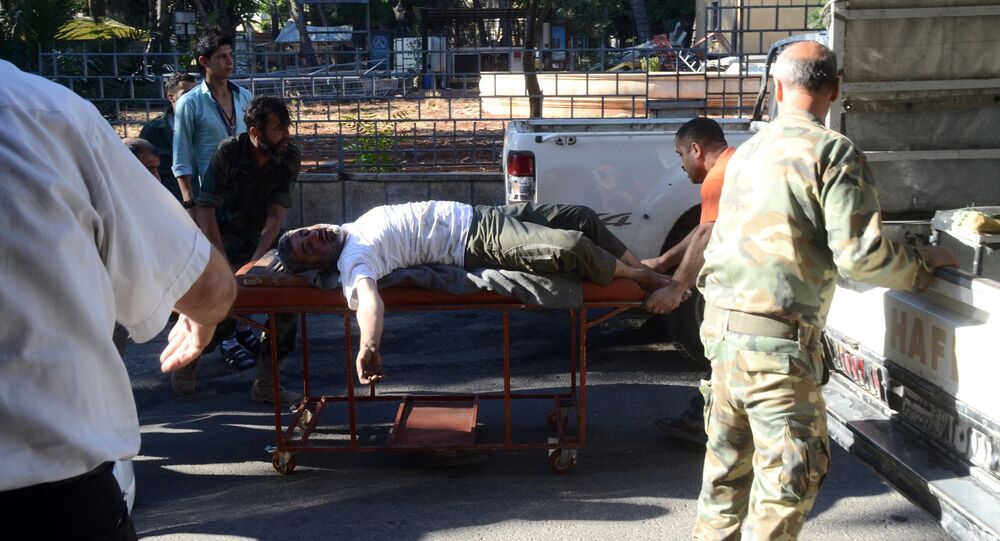 Eight people were killed and over 80 hospitalized after shelling carried out by terrorists in the Syrian city of Aleppo, local medics said Monday.

BEIRUT (Sputnik) — At least eight people were killed and over 80 hospitalized in the terrorists' shelling of Aleppo on Monday.

"According to initial information, eight people were killed and 80 sustained injuries. The number of victims may significantly increase, many sustained serious injuries and shelling continues," a healthcare worker told RIA Novosti.

Death Toll in Syrian Aleppo Shelling Rises to at Least 30, Over 150 Wounded