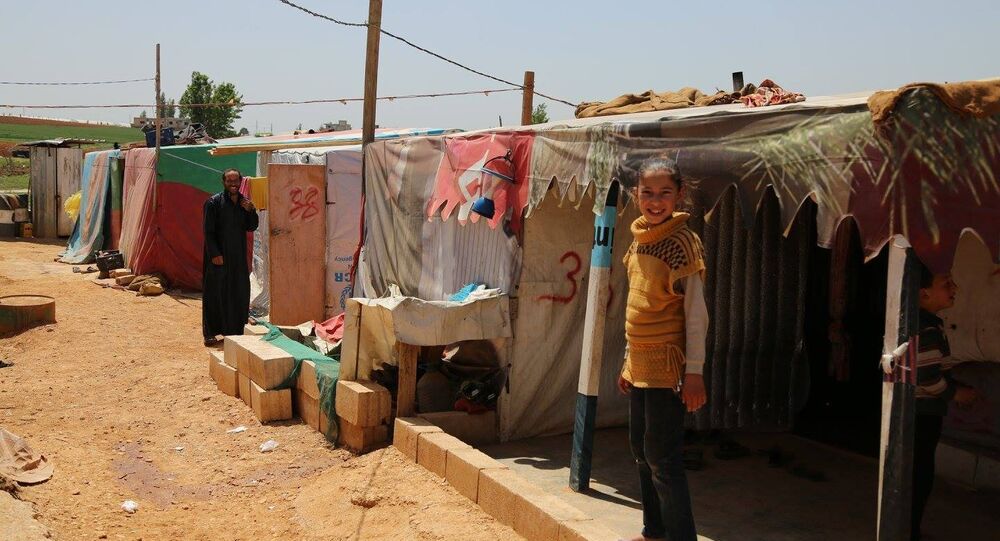 © REUTERS / Aziz Taher
Lebanon Rules Out Joining Any International Coalition in Syria
MOSCOW (Sputnik) — Lebanon is in need of more international aid to help the country deal with the large influx of Syrian refugees that has swept the country since the start of the Syrian crisis, Lebanese Ambassador to Russia Chawki Bou Nassar told Sputnik.

"Of course it's not enough. Many conferences have been convened on the purpose to offer assistance to the countries hosting refugees. That means Turkey, Jordan and Lebanon, mainly. And many packages have been promised to Lebanon. Unfortunately, not more than on third of this package has been received by Lebanon. The amount, if I am not mistaken, out of $3 billion pledged in Kuwait like two years ago, Lebanon received only $800 million," Nassar said.

© Sputnik / Zahraa Al-Amir
Beirut Wants Russia's Help in Resolving Political Crisis in Lebanon
Over one million Syrian refugees have been registered in Lebanon by the United Nations, making the country of less than five million, the second largest recipient of those fleeing war after Turkey. In February, the United Kingdom, Germany, Kuwait, Norway, and the United Nations co-hosted the Supporting Syria and the Region conference in London, which pledged $6 billion to meet the needs of Syrian refugees in 2016, raising a further $6.1 billion for the 2017-2020 period.

"And recently, there was the conference in London, and they pledged billions of dollars, if I am not mistaken, more than $5 billion to those countries hosting refugees. Until now didn't know how much we would get out of this amount. Although, if we take it comparing to the population of Lebanon, Lebanon is bearing the most important burden among the others," the ambassador added.

Lebanon needs the aid to help refugees, not Lebanese citizens, he noted, stressing that the country does not have many spare resources and its education and health systems are strained.

Lebanon, Russia May Boost Agricultural Cooperation Before End of the Year