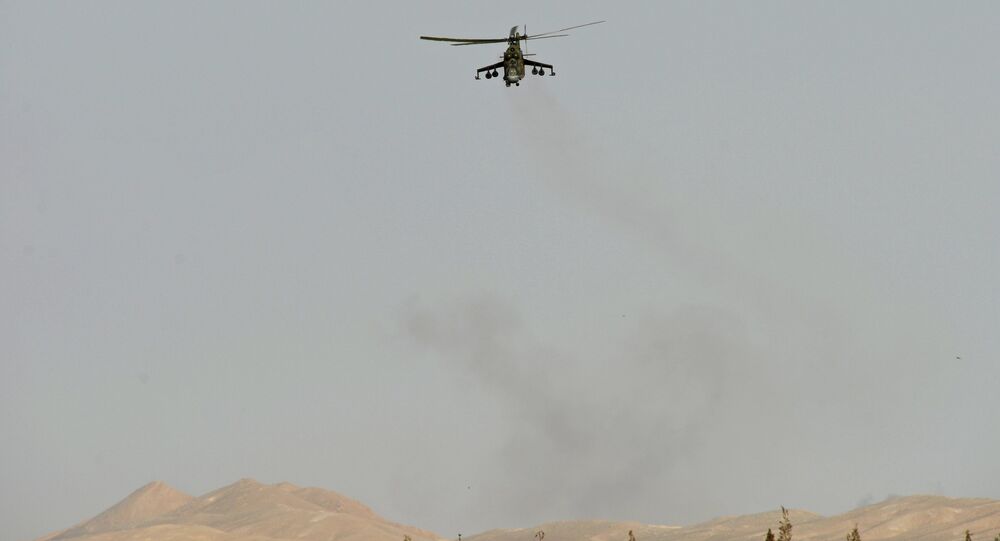 On July 8, Russian military instructor pilots conducted a test flight of a Syrian Mi-25 helicopter (export version of the Mi-24 helicopter), when it received a request from the Syrian authorities to carry out airstrikes against a large group of Daesh terrorists advancing to the east of Palmyra, the ministry said.

The Russian crew of the helicopter repelled the attack of a large Daesh group of fighters on the Syrian government forces.

"The crew received a request from the Syrian unit's command to strike the advancing fighters. The captain, Ryafagat Khabibulin, made a decision to attack the terrorists. The skillful actions of the Russian crew thwarted the terrorists' advance. When the helicopter's ammunition was spent and it changed its course to the opposite direction, it was shot down by terrorists from the ground and crashed in an area controlled by the Syrian government army. The helicopter's crew was killed."

The killed Russian pilots, Ryafagat Khabibulin and Yevgeny Dolgin, will be posthumously awarded, the ministry said.