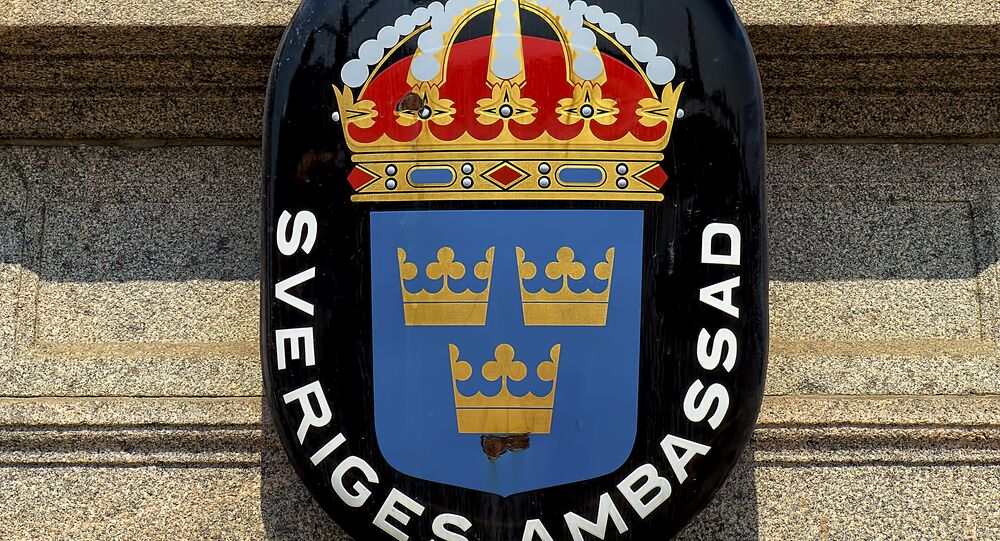 Many of the Afghan interpreters who have worked for the Swedish military ISAF force in Afghanistan have found themselves in a very difficult situation. After being virtually abandoned by Sweden with no protection whatsoever, they fear for their lives amid death threats by the Taliban.

© REUTERS / Dado Ruvic
Swedes Perplexed by 'Daesh Children' Falling Between the Cracks
For its mission in Mazar-i-Sharif in northern Afghanistan, Sweden hired around 40 Afghan interpreters. Half of them were rewarded with residence permits and flew to Sweden with their families. Yet the other half, who for some reason received no such benefit, are now left defenseless against the local radicals' retaliation measures for cooperating with the West, Swedish national broadcaster SVT reported.

The Swedish embassy in Kabul would not offer the interpreters any protection, whereas the Swedish Migration board would not accept their applications. The "discarded" polyglots remain thus in their home country, where they are seen as traitors by the Taliban and other rebels for working for a foreign occupation force.

The Swedish unit Northern Lights was discontinued in June 2014. Personnel from the Swedish Migration Board flew down to the base and gathered on-site applications from the local staff who loyally served Sweden. Due to a lack of resources, however, neither the Defense nor the Migration Board had enough staff to investigate the interpreters, who had worked for Sweden since 2006.

© REUTERS / Dado Ruvic
Extremist Opinions Sacrosanct in Sweden, Despite its Desire to Surveil Daesh Sympathizers
The Swedish Embassy in Kabul refused to accept the leftover interpreters, citing personnel and security problems. The Foreign Ministry and the Defense Forces, the former employer, therefore referred the interpreters to the Swedish embassies in New Delhi, Tehran and Islamabad.

One of those who obeyed the advice was Alireza Haydari who traveled to India. After waiting in New Delhi for seven months, he still received no notification. As the money had run out, he was forced to return to Afghanistan. The same story happened to his colleagues who traveled to Tehran: long waits in uncertainty and no response. One interpreter who instead traveled to Nepal's capital Kathmandu was arrested and detained for two months before being deported back to Afghanistan, SVT reported.

Jawid Safi was one of those who initially traveled to Tehran. Having met former co-workers who had already waited between six months and a year only to get a denial, he took the bold decision to reach Sweden with the help of smugglers. By his own admission, the trip set him back 7,000 dollars and took five weeks.

© Sputnik / Valery Melnikov
Swedish Government Accepts Daesh Killings, Opposition Cries Blue Murder
Safi arrived in Sweden in September last year, but had his first interview with the Migration Board only a month ago and is still waiting for a response. According to him, he and his fellow colleagues made a fair contribution to the Swedish mission, which stretched beyond interpreting.

"We interpreters come from Afghanistan and know everything about its culture, language and society," he told SVT.