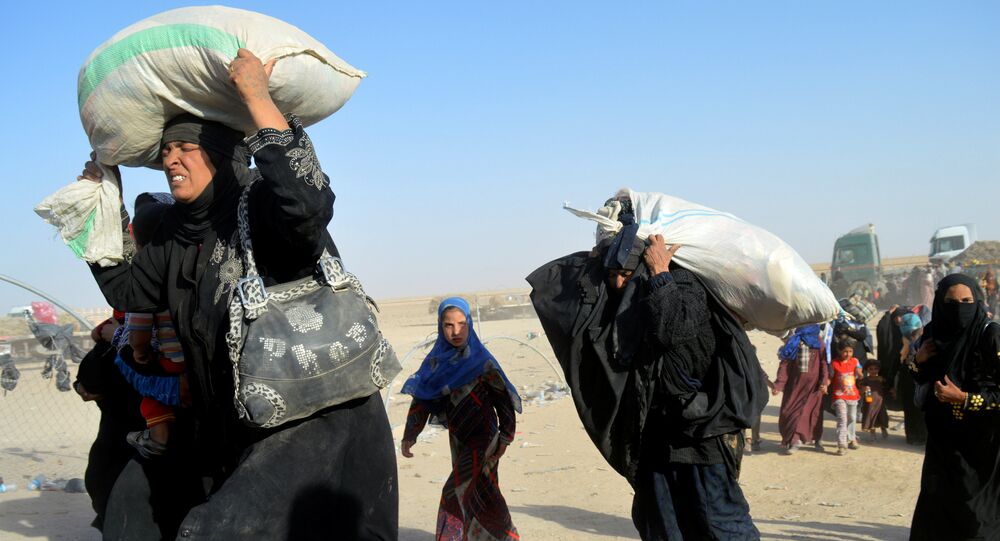 Iraqi authorities forcing civilians to return to Fallujah after a month of fighting ends, but UNHCR warns returning to the city should be voluntary.

The Iraqi government has been warned by the United Nations Refugee Agency (UNHCR) that they should not force or coerce civilians into returning to the city of Fallujah, despite civilians being told by Iraqi authorities that they could go back as early as August.

​Fallujah has been the epicenter of an immense battle between Iraqi forces and Daesh — also known as ISIL — it started in May and only ended on Sunday (July 3), once the city was fully liberated.

The civilians at the government-run camps, who make up about a third of Fallujah's total population, are currently relying on handouts from the UN and aid groups.

Humanitarian response is ongoing but needs of the more than 85,000 #Fallujah displaced remain high @IOMIraq pic.twitter.com/RaWxzOfBWU

​Lack of funding means many do not have adequate shelter, food or water amid temperatures exceeding 50 degrees Celsius (122 Fahrenheit). Humanitarian agencies fear poor sanitation could spread infectious diseases like cholera and skin diseases in addition to exacerbating chronic illnesses.

The UNHCR however, has warned that an immediate return to the city would not be wise, despite poor conditions at the government-run camps. The UNHCR said that the city is still unsafe as explosives have yet to be cleared.

More than 85,000 people had to flee Fallujah in May as Iraqi troops backed by the Shiite militia advanced into their city to expel members of Daesh. The UNHCR has said that any return to Fallujah must be voluntary and that the process requires for the conditions on the ground to be conducive.

"This is why UNHCR insists that the return process has to be carefully planned and carried out on the basis of the international humanitarian principles of voluntary, non-discriminatory, safe and sustainable returns," the agency's mission in Iraq said in a statement.

Now that Iraqi authorities have recaptured the city, the vast majority of civilians wish to return home.

"While it is understandable that families want to return as early as possible, and many face harsh conditions in the displacement camps, it is important to ensure conditions are in place for that return to take place in safety and to be sustainable," UNHCR mission in Iraq stated.