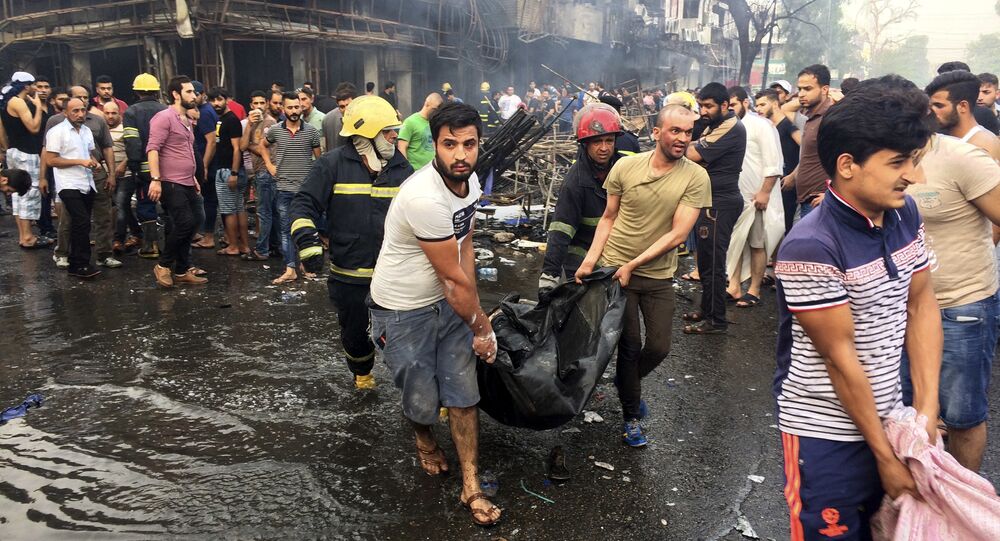 A car bomb attack in central Baghdad claimed the lives of 79 people, while 132 people were injured, according to media reports.

The attack, which claimed the lives of many children and injured 132 people, occurred early on Sunday in central Baghdad's majority-Shiite Karrada district, the Al Jazeera news channel reported, citing its own sources.

The early morning attack claimed a large number of casualties as many Iraqi families were on the streets during the last days of the holy month of Ramadan.

The attack was followed by a second explosion. An improvised explosive device went off the also majority-Shiite Shaab area of the Iraqi capital. The blast killed five people and injured 16, according to reports.

© REUTERS / Osman Orsal
Attack on Istanbul Airport Was Ordered by Daesh Leader Baghdadi
The Daesh terrorist group has claimed responsibility for the Karrada attack, while no group has yet admitted to carrying out the attack in Shaab.

The attacks comes just a week after the Iraqi army announced the liberation of Fallujah, which has been under Daesh control since 2014.

The Daesh is a militant jihadist group, which is outlawed in many countries, including Russia, overran large parts of Syria and Iraq in 2014 amid the ongoing civil war in Syria.

At Least Six Killed, 15 Wounded in Suicide Bombing Near Baghdad