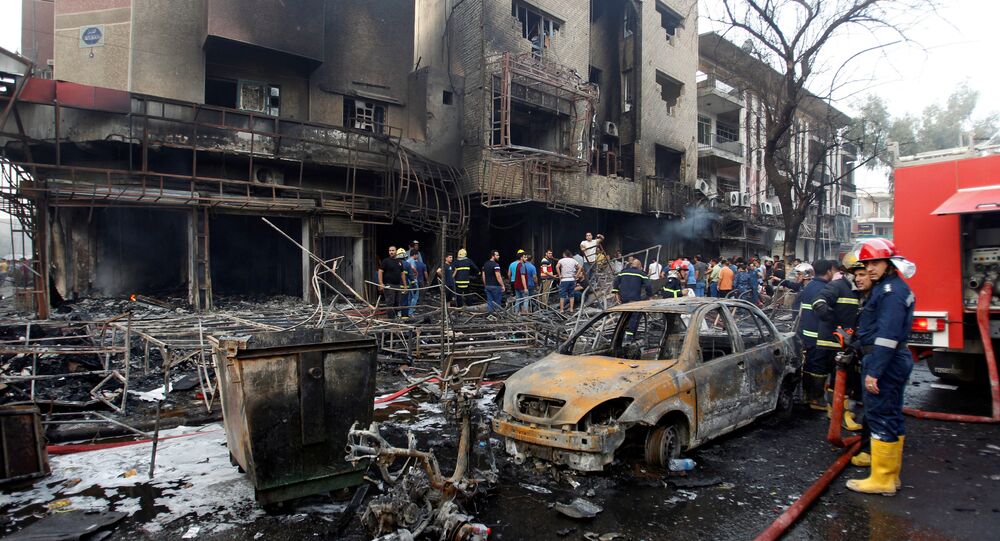 Two explosions in Baghdad have left at least 80 people dead and dozens injured.

Baghdad Operations Command spokesman Brigadier General Saad Maan said that the blast was caused by a car bomb, according to the agency.

The second explosion left 6 dead and 12 injured, Sky News Arabia reported, citing the sources. A self-made explosive device went off near a market square in the Sha'ab neighbourhood in Baghdad, agency reported.

Media reported that Daesh terrorist group in its statement took responsibility for the attacks.

A source from Iraqi police told Sputnik that the first blast rocked a busy Karada district in the center of Baghdad.