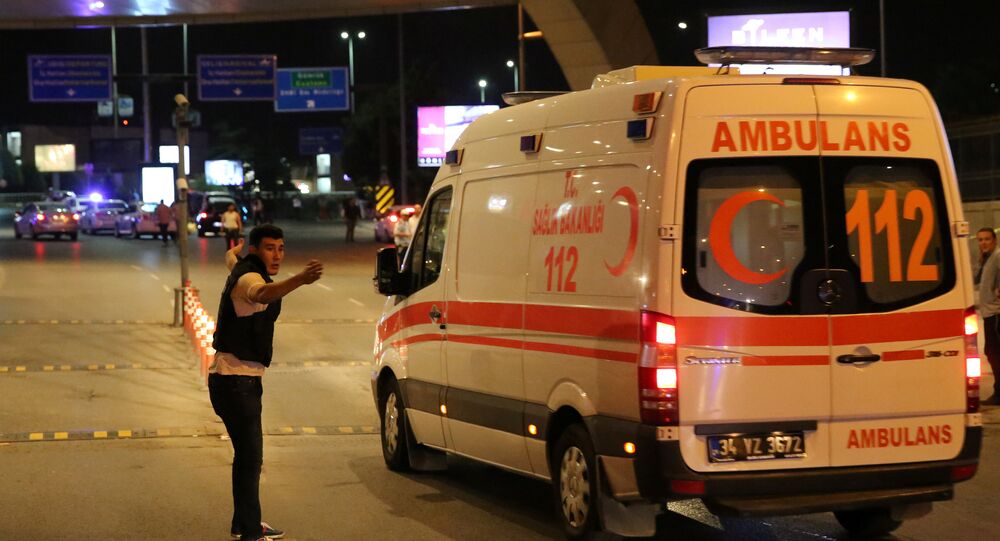 According to the Turkish interior minister, the number of people killed in the suicide bombings in Istanbul rose to 43.

© REUTERS / Murad Sezer
Purported Chechen Suspect in Istanbul Attacks Wanted in Russia - Source
ANKARA (Sputnik) – The number of people killed in the triple suicide bombings in Istanbul rose to 43, including 19 foreigners, Turkish Interior Minister Efkan Ala said Thursday, adding that one of the bombers has been identified.

"The death toll from the terrorist attack is now 43 people, 19 of them foreign nationals… The identify of one terrorist has been established, 13 people have been arrested on charges of involvement in the terrorist attack, nine of whom are Turkish citizens," Ala said in a statement to the Turkish parliament.

Police wounded one of the assailants at the entry to the airport, who detonated his suicide device near a parking lot, the minister said. The second assailant set off his device simultaneously with the third suicide bomber after being wounded, Ala added.

"The evidence currently collected indicates IS [Daesh]," he stressed, adding that 94 people remain hospitalized after the Tursday night attack.

Kremlin Unaware of Istanbul Attack Suspect Claimed to Be Chechen